You Shall Not Pass! US Officials Valiantly Protect NYC From (MC) Bin Laden 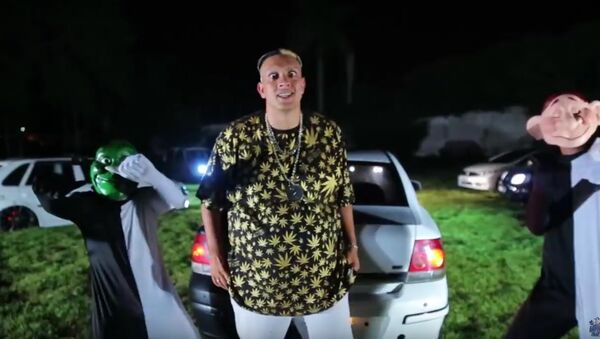 A Brazilian musician known as MC Bin Laden was denied entrance to the United States due to a sudden intervention by US consulate officials in Brazil.

'Super Bacteria' Found in Rio Waters Month Before Olympics in Brazil
The musician was scheduled to perform in New York City on July 23 during Festival Warm Up 2016, held under the auspices of the Museum of Modern Art (MoMA).
Emerson Martins, Bin Laden’s promoter and personal assistant, told Sputnik that his client won’t be able to attend the event because the US consulate in Brazil suddenly demanded that the musician undergo a toxicology test, the results of which weren’t ready by the time of departure.

"This is very sad. This is the second time that we've had such treatment, despite the fact that this time we had recommendations from MCs Skrillex, Diplo, and Red Bull. They sent us a letter; they know what kind of good work we do. It would’ve been a positive development for the entire [Brazilian] funk movement. At first they gave us a visa. Immediately after returning from our European tour, we went to the consulate to sign the necessary papers. On Monday we thought that everything was done, but they told us to come back on Tuesday. And the next day they said that a medical test was needed, which is unusual, not to mention that signing up for one isn’t that simple, and the results won’t be available immediately," Martins explained.

The promoter remarked that now Bin Laden will be forced to sit the festival out, even though his songs do not promote violence and his name is more or less a joke. According to Martins, the officials at the US consulate in Brazil turned out to be “very difficult” people.

"They don’t think about whether they should give a visa to terrorists. All we were carrying with us were songs, our only weapon being a microphone. That’s the kind of things that happen today. This is sad," he concluded.

MC Bin Laden hit stardom in 2015 after the release of his funk carioca hit "Everything's calm, everything's cool" ("Tá tranquilo, tá favorável"). The reclusive musician can only be contacted via his personal assistant.