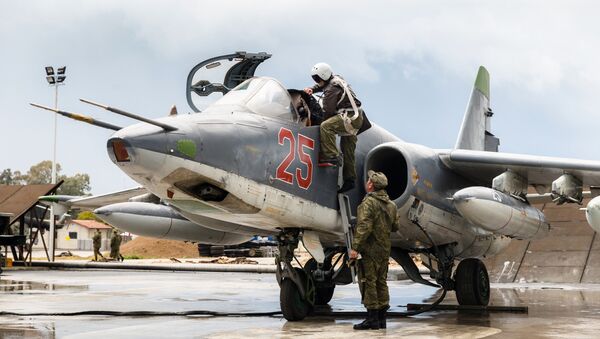 There are clear signs that Turkish President Recep Tayyip Erdogan is leaving the anti-Russian coalition and will no longer be an obstacle to the US-Russian cooperation in Syria championed by Secretary of State John Kerry and his counterparts, Professor Stephen F. Cohen notes.

For a long period of time, Turkish President Erdogan had been on NATO's side, opposing Russia's efforts to solve the Syrian crisis. However, signs are emerging that the Turkish leader is leaving the Western anti-Russian coalition and shifting to Moscow. The failed coup attempt has seemingly accelerated this process.

More importantly, however, the Turkish leader has signaled that he won't oppose Russo-American cooperation in Syria against Daesh.

"There has been a major breach in the anti-Russian cold war front. Erdogan had very much been on the side of NATO, but not only because [Turkey is] a member of NATO — [because] he shot down that Russian [Su-24] plane, which put him completely at odds with Russia… So Turkey will now be ostracized in some way by the West. The [refugee] deal that [Erdogan] made, for example, with the European Union… is probably off. So, this will reignite the EU refugee crisis," Stephen F. Cohen, professor emeritus of Russian studies at New York University and Princeton University emphasized in his interview on The John Batchelor Show.

Washington Has No Alternative But to Cooperate With Russia in Syria
"[Erdogan] is leaving the Western anti-Russian coalition and he will probably turn back strongly toward Russia. That means in return, and this is a change he has already announced,… that he is no longer going to oppose — this is very important — Russian-American cooperation on Syria against the Islamic State [Daesh]," Cohen underscored.

While commenting on the failed coup attempt in Turkey, Professor Cohen emphasized that it is still unclear how much we actually know about the event.

He drew historic parallels between Turkey's failed coup and the attempt of the Soviet military to overthrow Soviet leader Mikhail Gorbachev, 25 years ago in August 1991.

"We didn't know the history of the failed coup against Gorbachev for several years: how it happened, who set off that coup, things that happened that involved people and forces we were not aware of in the newspapers in the following days. So I don't know how much we actually know about how this coup came about in Turkey," the US academic pointed out, adding that there are a lot of speculations about the Turkish coup's origins and driving forces.

Four Reasons Why Russia is the 'Best Anti-Terrorist Ally' in the World
He noted that there are also people who think that the US either knew about the coup or "actually somehow abetted it." The professor referred to the fact that relations between Turkey and its NATO allies — UK Prime Minister David Cameron and US President Obama — were very frosty during the Warsaw NATO Summit in early July. There were views voiced that Erdogan was "clearly ostracized there."

Interestingly enough, in his interview with RT, Afshin Rattansi, a London-based author and journalist, highlighted that it was also astonishing that the NATO nations had not raised a finger to help Erdogan's government during the attempted coup.

"Astonishing that just a couple of years ago, we would have expected the NATO nations to have come to the aid of the Erdogan government, which was elected in November. This time? Nothing… Also astonishing is John Kerry in Moscow looking to evaluate the situation, not [offering] immediate support for this linchpin of NATO supremacy, as they see it in terms of world security — this critical country in terms of their domination of the Middle East," Rattansi remarked.

Five Reasons Why Cooperating With Russia on Syria is a Good Idea
Professor Cohen also stressed that Russo-American cooperation on Syria remains the focus of worldwide attention.

As Turkey has stepped aside, nothing could seemingly prevent Moscow and Washington from solving the Middle Eastern crisis. However, there are forces in the US opposing the effort propelled by US Secretary of State John Kerry. These forces claim that instead of partnering with Moscow in Syria, the President should authorize air strikes against Syrian leader Bashar al-Assad.

However, there are pretty good reasons for the US to team up with Russia in Syria.

In any event, Washington has no choice but to cooperate with Russia, since Moscow has more leverage with Damascus than the United States ever had, as US analyst Daniel R. DePetris noted recently.

There is yet another problem: because of Washington's assertive activity under former Secretary of State Hillary Clinton in Libya in 2011 and covert support for the Ukrainian coup in February 2014, Russia has nearly lost its trust in the US.

"Kremlin, under Putin, has had a really bad history with American presidents and particularly with Obama. Repeatedly they thought they had an agreement and then they didn't. And we know, Putin has spoken of this, he regards Obama, as he says, as a good, well-intended man but not a strong leader in the sense that when one makes a commitment in international politics he is obliged to keep it," Cohen noted.

According to the professor, the Kremlin has adopted the "trust but verify" approach in its communications with the White House.

However, the leaders' decision to combine forces in Syria is an "enormous breakthrough" that may help Washington and Moscow to also de-escalate tensions in Eastern Europe and find a way out from the Ukrainian crisis. Cohen stressed that Ukraine remains "the epicenter" of the new Cold War.

"At the moment, each side [the US and Russia] is delivering what they promise. If the United States does what it says it's going to do in Syria, yes, Russia will trust [Washington] and will act on it," Professor Cohen emphasized, commenting on the prospect of the Russo-American collaboration.