Turkish Army Coup Cabal Could Have Been 'Coalition of Different Forces' 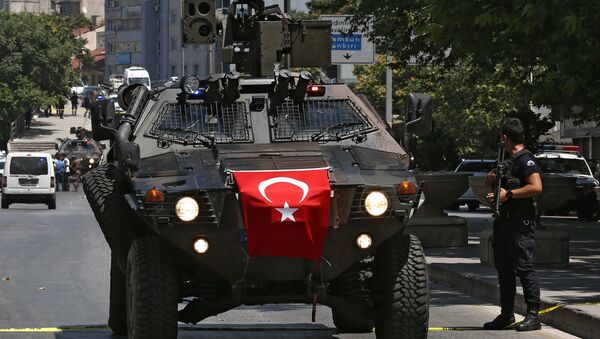 Ankara should stick to human right principles when bringing all those involved in failed coup to justice, Esra Ozyurek, Associate Professor and Chair for Contemporary Turkish Studies at the European Institute of the London School of Economics and Political Science, told Sputnik, adding that the Gulen movement may not have been solely responsible.

How Erdogan Could Respond to Foiled Military Coup in Turkey
In an interview with Sputnik, Esra Ozyurek, Associate Professor and Chair for Contemporary Turkish Studies at the European Institute of the London School of Economics and Political Science, cautioned against Turkish President Recep Tayyip Erdogan's government committing human rights violations during its crackdown on those behind last week's attempted coup.

The interview came after Erdogan declared a 3-month state of emergency in the country in the aftermath of the failed coup attempt.

The state of emergency was needed "in order to remove this threat as soon as possible," Erdogan said, in a clear nod to the Gulen movement which Ankara claims was behind the failed coup.

Ozyurek, for her part, recalled that Turkey has a long history of coups and long extended states of emergency, when the parliament was pushed aside and there were mass human right violations. 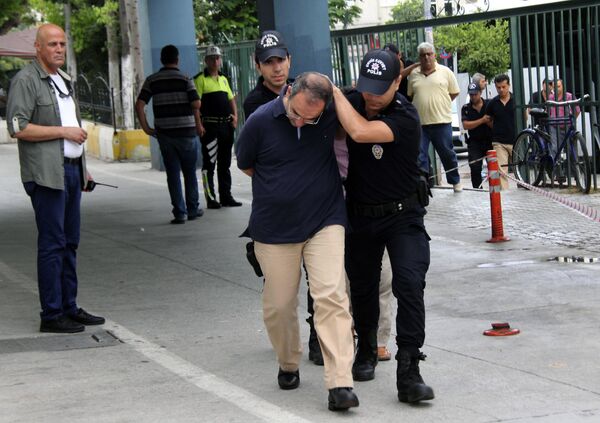 "Of course, this coup attempt is horrible and the people who staged it need to be found and prosecuted, but it is also very important that it should be done within the frame of the law so that it could not be turned into a collective punishment," she said.

When asked about whether the Gulen movement could really be behind the attempted coup, Ozyurek said that the issue is first and foremost related to the mood currently in place in the Turkish army.

"It's hard to understand what brought these people to try to stage the coup. Gulenists might be powerful in the army, but I also can imagine that there might be other officers unhappy about what was going on in Turkey, namely, it might be a coalition of different forces in the army," she said.

The July 15 coup attempt left nearly 300 people dead and over 1,000 injured, and has been blamed on the movement of exiled religious and political leader Fethullah Gulen. Ankara has requested Gulen's extradition from the US.

Turkey's Failed Coup Was 'an Attempt to Unleash Civil War'
Earlier this week, Erdogan suggested that foreign nations may have played a role in the attempted coup.

"Other states could be behind this coup attempt. Gulenists have a 'supreme intelligence,' which could have plotted all this. The time will come for all these links to be revealed," he said.

The Turkish government has launched an unprecedented crackdown on those suspected of being involved in the events of last week.

Nearly 50,000 have been targeted as part of the purge, including military personnel, educators, judges, and civil servants. A state of emergency will, in theory, allow the Erdogan government to tighten its grip even further.