Thanks Obama: US Turning Allies Into Targets for Chinese & Russian Missiles 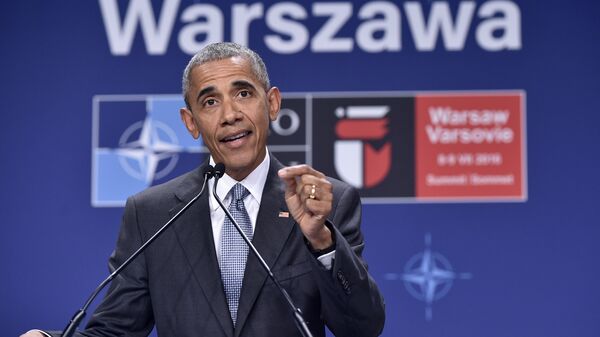 © AFP 2022 / MANDEL NGAN
Subscribe
Ilya Tsukanov
All materialsWrite to the author
With the US military moving ahead with the deployment of its missile defense systems in Eastern Europe and South Korea, all it's doing is turning its allies into targets for Russian and Chinese military planners, writes independent Russian journalist Andrei Bortsov.

In a pithy analysis for the independent news and analysis resource PolitRussia, Bortsov lays out the Pentagon's military strategy, and why Washington's allies have every reason to be concerned.

Why South Koreans’ THAAD Radiation Fears Are ‘Fully Justified’
South Korea continues to face protests against the deployment of the US THAAD missile defense system. Moscow and Beijing, for their part, have repeatedly pointed to the damage which would be caused to the region's security situation if Seoul yielded to Washington's initiative.

Unfortunately, Bortsov lamented, "only after South Korean authorities signed the agreement with the US did the residents of Seongju county realize the shining prospects" of US missile defense for their region.

County head Kim Han-hong complained to South Korean media that "the residents of our district are outraged by this unilateral administrative decision. We were not even told why it was our county which was chosen to host the missile defense system."

"What can we say?" Bortsov asked. "Bad luck. Now, not only is it already too late to protest against the construction of one of the most powerful man-made sources of electromagnetic radiation; the THAAD deployment will also turn the area into a giant 'target here' mark on the map. Washington is firmly prepared to defend South Korea from all sorts of threats from the north, even if not a single Korean is left to defend in the end."

In Eastern Europe too, the commentator added, the US, eager to avoid direct confrontation with Russia, nonetheless gladly signs its allies up for conflict against Russia. 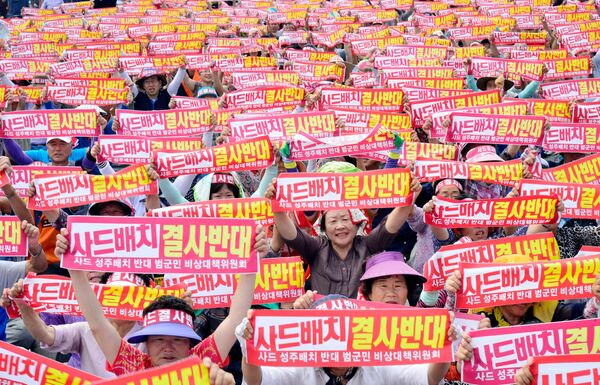 Commenting on the US system's South Korean deployment, defense analyst and former Pentagon employee F. Michael Maloof explained recently that "this system greatly exceeds North Korea's existing capabilities. It was created for intercepting ICBMs, whereas North Korea is most likely to use tactical missiles. [THAAD] is not adapted for the interception of tactical weapons…Second, the system's installation will automatically make the region a target for Pyongyang. Third, there are problems associated with radiation. In my opinion, the US is doing this exclusively for political reasons."

Who is NATO Fighting Against
For his part, the Chinese Foreign Minister has also repeatedly stressed that the missile defense system's deployment would aggravate the situation on the Korean peninsula. "We are expressing serious concern in connection with US intentions to deploy the [THAAD] system in South Korea. The move goes far beyond actual defense necessities and damages the strategic security of China and Russia," Wang said earlier this year.

Bortsov, meanwhile, warned that the Pentagon's drive to deploy missile defense may have ulterior motives, which were explained almost a decade ago by Russian military officials.

"The GBI anti-missile missiles are created on the basis of the Minuteman medium range ballistic missile, even using the same launchers," the analyst recalled. "Back as 2008, Colonel Vladimir Vasiliev pointed out that there was no mention in the [US tech] about an In-Flight Interceptor Communications System, without which it was not possible for it to work as a missile defense system. But launching the missiles to strike at ground targets is entirely within the realm of possibility."

In other words, Bortsov noted, both Russia and China are aware that the US systems may in fact be offensive in nature. In the meantime, NATO officials continue to claim that the systems are defensive.

Commenting recently about the start of construction of the US ABM base at Redzikowo, northern Poland, NATO Secretary General Jens Stoltenberg insisted that this system is "in no way directed against Russia…So any action from Russia will be absolutely without reason. It will be unjustified because they know that this is not directed against them."

Meanwhile, Bortsov commented, "for some reason this 'long term investment' is persistently being built right next to Russia. For example, in Poland everything has been agreed upon. The US missile defense base in Redzikowo, to be completed in 2018, is only 150 km from Russia's Kaliningrad region." 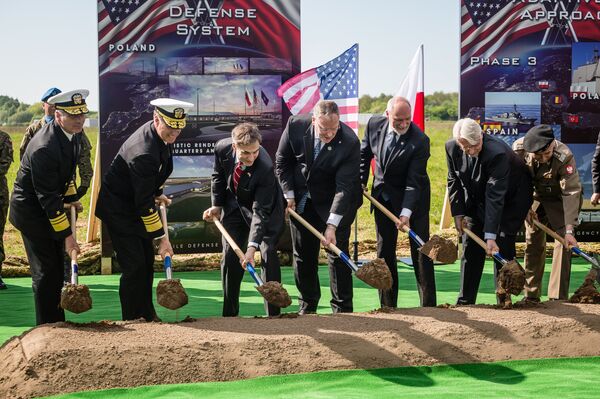 Not That Welcome: Polish Village Protests Against US Missile Defense System
"But the Poles, like the Koreans, eventually became pensive," and started protesting their government's decision. "Losses caused by the base's construction are estimated at over 2 billion zlotys over a 25 year period, while the airport taken over by the base was needed by the town itself. Besides, no one can really enjoy sitting on a barrel filled with gunpowder."

As in Korea, it's too late. In Romania, the US missile defense system has already stepped into combat duty. In Estonia, Lithuania and the Czech Republic negotiations are underway. The US is attempting to convince the Netherlands and Slovakia, and even non-NATO members Finland and Sweden, to host bases.

"And that's only from the European side," Bortsov recalled. "There is also Georgia, which has always welcomed such proposals, plus ideas to integrate Canada into the US missile defense system. But Russia, naturally, is concerned first and foremost with the 'offensive missile defense' being built close to our borders."

In any case, US officials hardly attempt to hide their real intentions. In testimony before the House Appropriations Committee back in February, Defense Secretary Ash Carter explained that the US "must have – or be seen to have – the ability to impose unacceptable costs on an advanced aggressor that will either dissuade them from taking provocative action, or make them deeply regret it if they do." 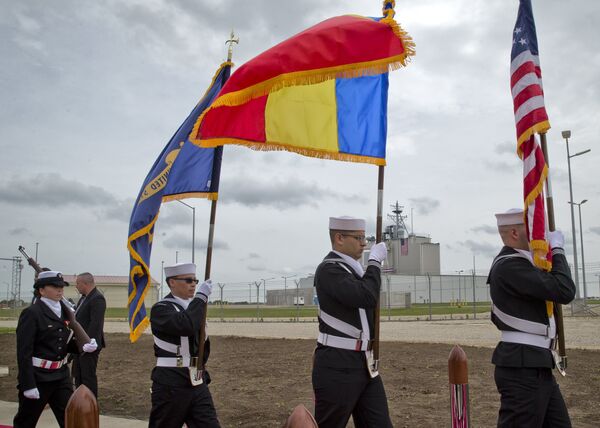 "It's an old trick," Bortsov suggested. "The goal is to scare US opponents and force them to spend themselves to exhaustion – the US still has more money in the end. This is why the US is increasing its 2017 European budget five-fold. Still, if they are counting on Russia to break from the strain, they're being naïve."

Pentagon Wants to Send F-35s to Russia's Doorstep
Russia, the journalist recalled, is modernizing its armed forces, but its per-capita spending is only $460 per person per year, multiple times less than even neutral countries like Austria. Moreover, the export of modern arms gives Russia a good profit, which helps compensate for the modernization spending. "If anyone is spending too much on defense, it's definitely not Russia," he added.

For now, Bortsov noted, the US, "in possession of a printing press, can afford such expenditures."

"The deployment of elements of missile defense, which target our strategic nuclear forces, is a problem for them. They automatically become the targets of our military…If they like being targets due to the deployment of US weapons systems, that's their choice," Lukyanov said.

Russian President Vladimir Putin repeated this sentiment recently, suggesting that Russia will now have "no choice" but to target the Eastern European countries where US missile defense is deployed. "If yesterday people simply did not know what it means to be in the crosshairs in those areas of Romania, then today we will be forced to carry out certain measures to ensure our security. And it will be the same with Poland," he said.

Russia Conducts Electronic Launches From New Iskander Missile Systems
Ultimately, Bortsov noted, responding to the US initiatives in Europe will not require Russia to exert itself militarily or financially. "It will be enough to withdraw from the INF Treaty…and place Iskander-K [short-range] and Rubezh [maneuverable ICBM] missiles in Kaliningrad."

Unfortunately, the real problem is that Washington policy makers, just as they did in the last century, "use NATO for US gain, ignoring the interests of its allies. For Washington, these are just pawns…We do not reject dialogue with NATO, and want to peacefully resolve the issues which have arisen. But, as rightly pointed out by Kremlin press secretary Dmitri Peskov, 'it's not Russia that's approaching [NATO's] borders,' (but the other way around)."