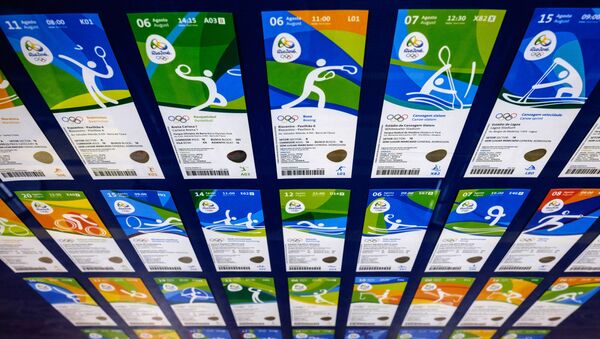 Kremlin spokesman Dmitry Peskov stated that everyone in Moscow is preparing for the Olympic Games in Rio.

MOSCOW (Sputnik) – Russia continues to prepare for the upcoming Olympic Games in Rio and will defend the legitimate interests of its athletes, Kremlin spokesman Dmitry Peskov said Friday.

"Naturally, everyone in Moscow is preparing for the Olympic Games. And Moscow believes that all athletes who are in no way tainted by suspicions, all athletes who have not been implicated or who are not suspected of doping, should have the right to appear in the Olympics," Peskov told reporters.

Putin Not Planning to Meet IOC Head Bach in Foreseeable Future
Commenting on the Court of Arbitration for Sport’s (CAS) decision on Thursday rejecting 68 Russian athletes’ appeal against a collective ban from international competitions, Peskov said Russia would continue to defend the rights of clean athletes.

"Further legal maneuvers to defend the rights of our athletes are very limited in time, but nevertheless you have probably heard a lot of statements that work to protect the legitimate interests of our athletes will continue. We still disagree with generalized decisions on the basis of collective responsibility," he stressed.

According to Peskov, “sometime around Sunday” Kremlin expects further decisions from the IOC, while closely monitoring the situation.

On Monday, an independent World Anti-Doping Agency's (WADA) commission presented a report based on the results of its investigation into allegations that dozens of Russian athletes used performance enhancing drugs at the 2014 Winter Olympics, in which Russia was accused of overseeing a state-wide doping program.

Following release of the WADA report, the International Olympic Committee (IOC) said on Tuesday that it would consider a collective ban for the entire Russian team, taking into consideration the CAS verdict.