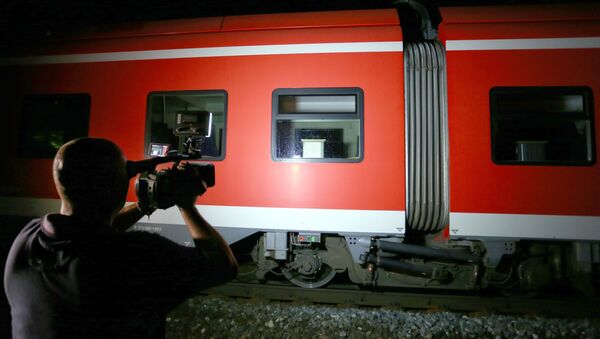 There is growing criticism of German Chancellor Angela Merkel's "open door" policy on migrants, amid growing fears that terrorists are flooding into Europe in the guise of genuine migrants seeking asylum in EU states.

​"Like several EU countries, like the whole EU, Germany is also in the target area of international terrorism. Therefore, I have said for a long time, the situation is serious," de Maiziere said.

His remarks come in the week that the EU law enforcement agency Europol said that such attacks remain a favored tactic by Daesh, also known as ISIL, and al-Qaeda (AQ).

"Both groups have repeatedly called on Muslims living in Western countries to perpetrate lone actor attacks in their countries of residence. This was done via numerous publications and messages posted online," it said in a report.

​"[Daesh] leadership has defined that there are two options for Muslims living in the West: either migrate to Islamic State territory or carry out a terrorist attack in their places of residence. For its part, AQ considers lone actor attacks a strategic tool at its disposal, condoning individual attacks as long as they fit the goal of its global jihad."

More than 20 people were injured when the 17-year-old Afghan immigrant went on the attack on a train between Wurzburg-Heidingsfeld and Oscenfurt, in central Germany on July 18. The attacker was shot dead by police after fleeing the scene. A Bavarian interior ministry spokesman said the assailant cried "Allahu Akbar" (God is great) during the attack.

On July 14, 2016, 84 people were killed and 303 injured when a 19-ton cargo truck was deliberately driven into crowds celebrating Bastille Day on the Promenade des Anglais in Nice, France. The driver was Mohamed Lahouaiej-Bouhlel, a Tunisian resident of France. He was also shot by police.

​According to Europol, the apparent allegiance pledge by the German attacker indicates he was a Daesh supporter but his actual involvement in the group cannot be established. There is currently no evidence to suggest that the Nice attacker considered himself a member of Daesh. He is reported to have radicalized in a very short time frame and to have consumed jihadist propaganda in the days preceding the attack.

"[Daesh] has endorsed the attacks but the perpetrators' affiliation with the group has not been clear. The wording used in the messages claiming responsibility is notable. A'maq Agency purports to have received information from an unidentified "source", stating the attacks were carried out by 'soldiers of the Caliphate' or an 'IS fighter,' " Europol's report said.

"This is in contrast to IS's clear claims of responsibility for the attacks in November 2015 in Paris and in March 2016 in Brussels, by saying the attackers were its members sent to perpetrate the attack. This differentiation may indicate that IS would like to maintain a level of "reliability", should information contradicting its claim of responsibility emerge."