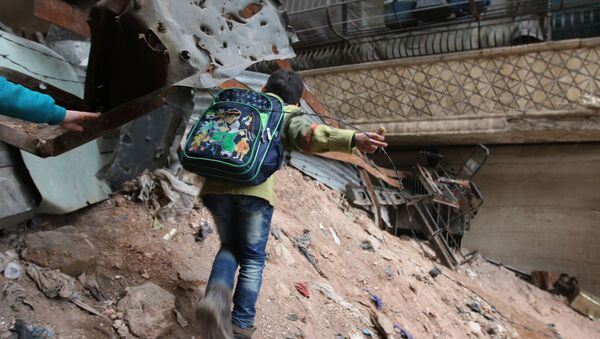 Two people died and 16 were injured in a terrorist shelling across residential neighborhoods of the northwestern Syrian city of Aleppo, Lebanese media reported Thursday.

Beheading of 12-Year-Old Boy by US-Backed 'Moderate Rebels' Sparks Outrage
BEIRUT (Sputnik) – The rocket-propelled grenade shells tore near the municipal building and the Saadallah Jabri square in central Aleppo, according to the Al Mayadeen broadcaster.