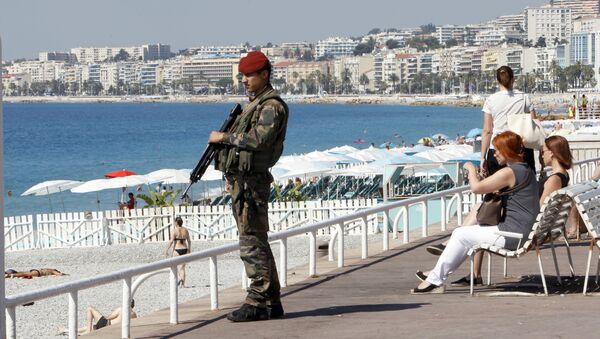 French Government Orders Inquiry Into Security Measures After Nice Attack
On Bastille Day in France, a Tunisian-born terrorist called Mohamed Laouej Bouhlel with loyalties to the Daesh terrorist group killed 84 people when he drove a truck into a large crowd of people celebrating on the Nice seafront.

In the aftermath of the attack, leading French politicians have complained about inadequate security at the Bastille Day celebrations, including former President Nicolas Sarkozy, who said that "everything that should have been done the past 18 months was not done."

In response to criticism of the government, French Interior Minister Bernard Cazeneuve gave a list of laws and extra police forces created under Hollande's presidency "to face a threat that France was not prepared for" when he succeeded Sarkozy in 2012.

In a speech two days after the attack, Cazeneuve also said that "national police were present and very present on the Promenade des Anglais," as well as members of the French military's anti-terror Sentinelle mission. According to Cazeneuve, national police cars were blocking the entrance to the promenade. 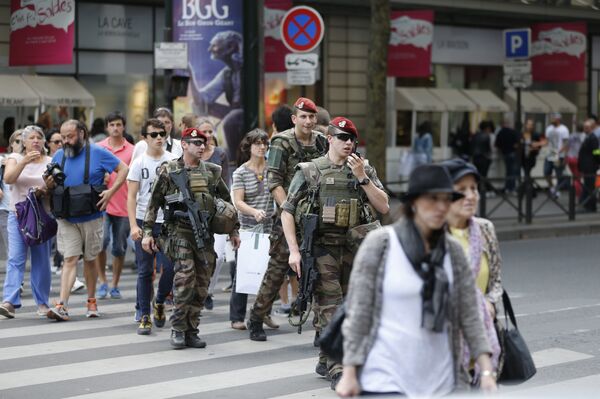 French soldiers anti-terror security forces operation Sentinelle patrol near the Galeries Lafayette in Paris on July 15, 2016, a day after the attack in Nice.
© AFP 2022 / Matthieu Alexandre
However, on Thursday French newspaper Liberation claimed Mr Cazeneuve lied about the presence of the national police officers and cars, and published a photograph which appears to show that only one local police car was stationed at the entrance to the walkway that night. France's local police are less well armed than national police.

French deputy Rudy Salles of Union of Democrats and Independents party, who represents the Alpes-Maritimes region, including Nice, told Sputnik that Cazeneuve's statements about security were untrue.

"The Interior Minister is now saying that there was enough security, but as a citizen of Nice who was there, I can tell you that's not true," said Salles, an eyewitness to the tragedy.

"When he says there were spot checks of the crowd, that's not true, that the fence was well-protected, that everything possible was done – it's not true. They can tell anybody they want, they can hold as many press conferences as they like, but they cannot tell that to people who survived, who went through that tragedy like I did."

Syrian Bloodbath: Was French Strike Killing Civilians Revenge for Nice?
Salles said that the responsibility to protect people lies with the national government, and that dealing with terrorism is a task for the national, not local police.

"The municipal police (under the authority of the mayor's office) are supposed to control traffic, take precautionary measures and provide assistance, but they are not there to ensure security, especially when there is such a large crowd of people," the politician said.