Paranoid Critics of Russia Have Drawn Europe Into 'Political Quagmire' 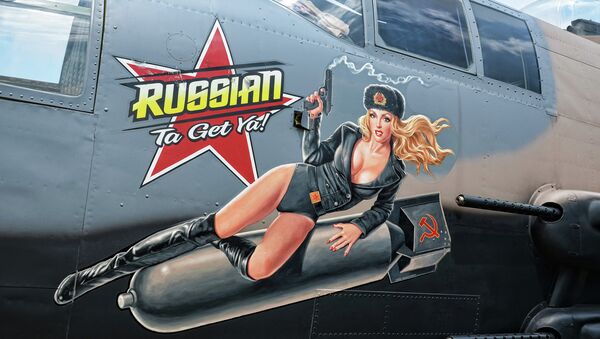 The leading Danish newspaper Politiken has analyzed Russo-European relations, and concluded that Europe has missed its chance to revive close and respectful ties with Russia due to its arrogant, provocative bullying advocated by the US.

“If Western Europe is striving for peace and stability, it should not interfere in the sphere of interests of the superpower to its East,” says the recent article in Politiken.

Waking From the European Dream, Georgians Pondering Pivot Back to Russia
The outlet further states that Russia holds a special status and as such should be granted certain leeway in its geopolitical 'neighborhood'. Other superpowers simply demand such flexibility as the most natural thing in the world, it adds.

It cites as an example the US, with its Monroe Doctrine, which stated that any efforts by European nations to colonize land or interfere with states in North or South America would be viewed as acts of aggression necessitating US intervention.

The newspaper states that there is no “Russian Monroe Doctrine,” however there is the “very extensive experience” gained by Moscow over the last 300 years. This, it contends, underscores that if you give Russia certain liberties in the region which is now Poland, Romania, Moldova, Bulgaria, Belarus and Ukraine, it will become a stable and constructive player in European politics, just as the US in the Western hemisphere.

The newspaper also cites as an example the Congress of Vienna (1814-1915), which endeavored to establish a peace plan for Europe and resize the main European powers “so that they could balance each other out and remain at peace.”

It says that if not for Russia’s advocacy at that time, Denmark would have been “deleted from the political map”.

How EU is Pressuring Serbia to Abandon Relationship With Russia
Despite any claims which emerge from time to time, Politiken says, there is absolutely nothing to suggest that Russia had ever wanted to expand beyond its national neighborhood and subdue any territory within Western Europe up to the Atlantic Ocean.

Suggestions to the contrary are merely geopolitical fantasies made up by paranoid Americans, who insist that Russians are the only Europeans whom they really respect and treat as equals, it says.

Their contention, according to the newspaper, is that the Russian nation is their mirror image and thus it can’t be stopped until it reaches the Ocean.

The reality of the matter is quite the opposite: the Soviet Union voluntarily returned the Danish Island of Bornholm back to Denmark in 1946, claiming nothing in return, after its brief occupation in May 1945, when Soviet troops landed there to defeat the German garrison which captured the island in 1940.

No nation in the world, the outlet says, could have prevented the Soviet Union from staying on Bornholm forever at that time, it notes.

In the very same manner, the Russians had withdrawn from different parts of Norway which they had taken just before the end on the Second World War, it relays.

Problems with Russia only occur when a foreign power encroaches upon its neighboring areas, just as countries can’t expect to get away with interfering in US interests in Cuba, Mexico or elsewhere in the Western Hemisphere, including Greenland.

Interference into Russia's geopolitical neighborhood was exactly what Western Europe, with the help of the US, has been largely practicing since the fall of the Berlin Wall in 1989 and the collapse of the Soviet Union in 1991.

'NATO Should Seize Opportunity to Communicate Directly' With Moscow
Instead of cautiously waiting as the wounded, giddy, but by no means vanquished superpower regained its balance amid the sudden independence of neighboring states like Belarus and Ukraine, Europe rushed to embrace the Baltic countries, Poland, Romania and Bulgaria.

Some of them were first included into NATO and then the EU. TEurope then was at one point openly toying with the idea of linking both Belarus and Ukraine to NATO and the EU.

Thus due to its incredibly arrogant, bullying and provocative policy, Western Europe had missed its historic opportunity to restore the respectful, close and trusting relationship with the great power to its East as it did back in the 18th and 19th centuries. Doing so would have absolutely been possible after the collapse of the Soviet Union back in 1991.

It would have prepared Europe for the day, which everyone knew would come, when the United States is no longer prepared to deploy large forces in Europe, and Western Europe is left to face the Russians alone, it concludes.

Instead, deprived of any idea of Russia's historic role in Europe and convinced of the notion that weapons and soldiers are the only solution to any foreign policy issue, Western Europe had failed to remain on guard.

Instead of acting in its own interests, it had led its people into a political quagmire which threatens to engulf them all.