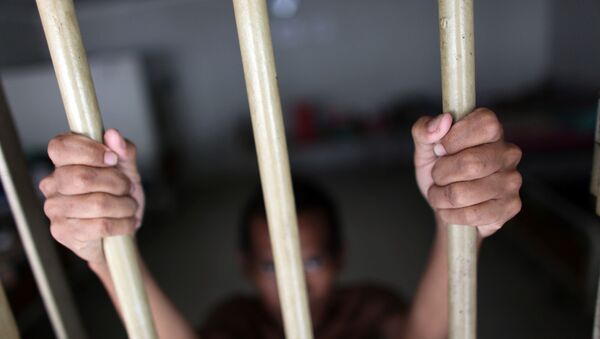 A non-binding international tribunal at The Hague has ruled that Australia, the UK and the United States were complicit in 1965 mass killings and human rights atrocities in Indonesia.

During that period, some 500,000 to one million people died in one of the bloodiest massacres of the 20th century. What began as a purge of communists after a failed coup attempt, went on to encompass ethnic Chinese and alleged leftists, which led to the massacre being referred to as "politicide."

According to the ruling by the International People's Tribunal (IPT) at The Hague, the 1965 government of Indonesia committed crimes against humanity, but the finding, similar to that ruled against China by the Philippines last week regarding disputed territories in the South China Sea, is non-binding and carries no punitive consequences.

The judges found that allegations of "cruel and unspeakable murders" and the "unjustifiable imprisonment of hundreds of thousands of people without trial" were well founded.

"It has also been demonstrated that sexual violence, particularly against women, was systematic and routine, especially during the period 1965 to 1967," the Tribunal report says.

The Tribunal demanded an apology from the present-day Indonesian government and demanded investigations and prosecutions into those perpetrators still alive. The Tribunal also demanded a public opening of archives and an unveiling of truth about the events.

Moreover, three countries — the UK, the US and Australia — were found complicit in facilitating the massacre by using propaganda to manipulate international opinion in favor of the Indonesian army.

According to the report, Australia and the UK, "… shared the US aim of seeking to bring about the overthrow of President Sukarno."

"They continued with this policy even after it had become abundantly clear that killings were taking place on a mass and indiscriminate basis. On balance, this appears to justify the charge of complicity," the report says.

The details of the crimes committed by the Indonesian army, which include brutal murder, imprisonment under inhumane conditions, enslavement, torture, forced disappearance, and sexual violence, can be found in the full text of the report.

The Indonesian government recently refused to apologize, and reaffirmed its stance regarding the victims and survivors of the 1965 atrocities.

"Our country is a great nation. We acknowledge and we will resolve this problem [the 1965 massacre] in our way and through universal values," Coordinating Political, Legal and Security Affairs Minister of Indonesia Luhut Pandjaitan told reporters at the Presidential Palace on Wednesday.