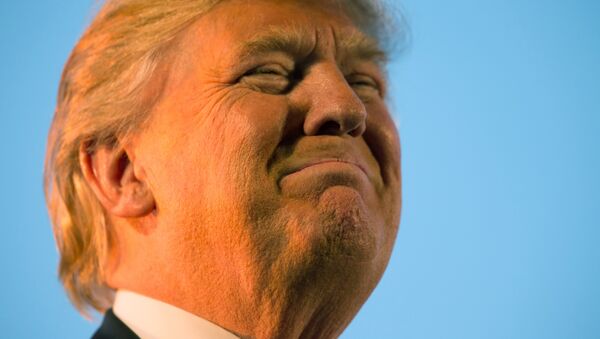 The candidate has broken the one unspoken rule of the Beltway establishment in calling for the country to focus on existential threats rather than the imaginary specter of Russian aggression for the sake of selling more weapons.

LA Times editorial writer James Kirchick took his distaste for Republican presidential candidate Donald Trump to a new rhetorical limit, by calling for an armed insurrection against the real-estate-mogul-turned-candidate, should he succeed in his election bid.

Increasingly, establishment political circles have called for renewed and friendly relations with Moscow. Trump has said that, "if Russia wants to get ISIS, let them get ISIS," and has referred to Russian President Vladimir Putin as his "stablemate" in the latter’s calls for the US to direct military assets to battle "radical Islamic terrorism" rather than chasing a myth of Russian aggression.

​"At the Republican National Convention here Monday, Manafort put some of the tricks he learned overseas as a dictator whisperer to good use, employing underhanded tactics to avoid a roll call vote on the convention’s rules package and quietly removing language from the party platform expressing support for Ukraine’s democratic aspirations," observed Kirchick.

The editorial’s  other point of opposition to Trump’s candidacy was an accusation that he supports war crimes, following his calls to restore waterboarding, a form of torture according to the Geneva Convention, as well as other, unspecified, interrogation techniques.

Bringing up a recent failed military coup attempt in Turkey, the author suggests that the Pentagon might be so mad with President Trump, that the US military will follow the example of Erdogan’s opponents and try to overthrow "the leader of the free world."

There are many alarming aspects of Trump’s campaign rhetoric and policy positions. His vow to ban Muslims from traveling to the United States, his labeling of Mexicans as “murderers and rapists,” and his consistently violent rhetoric, including demanding that his supporters attack opposition members and the pulling of credentials from media outlets critical of his candidacy, all troubled many even within the Republican party. Nevertheless, the Donald became the most popular candidate in the history of GOP primaries, securing 13.3 million votes according to Real Clear Politics.

Additionally, many votes were casted by current or former members of the US military as was reflected by Trump’s sweeping victory in North Carolina — a state with the highest concentration of military personnel in the country countering the op-ed’s proposition of that America’s soldiers would revolt.

However, the mere fact that Trump’s willingness to go against the US military-industrial establishment and to limit military spending, provokes an unprecedented endorsement of a military coup against his presidency, speaks volumes about policies of US mainstream media.