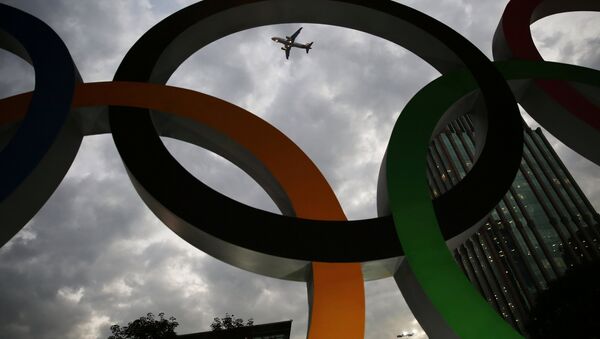 The Kremlin hopes that the investigation into doping use in Russia will give arguments for the International Olympic Committee lifting its recommendations regarding sporting events in Russia, according to Kremlin spokesman Dmitry Peskov.

"No, there is no such topic on the agenda. Moreover, I want to refer you to the president’s statement, in which he said that such boycotting, which, unfortunately, has been the case in history, is completely wrong," Peskov said.

He noted that Russia would continue interaction with the International Olympic Committee (IOC).

"Of course, interaction and contact with the IOC will be continued," Peskov said.

He added that Russian President Vladimir Putin has not taken any decisions on Sports Minister Vitaly Mutko.

Russian Olympic Committee Disputes WADA's Stance on Banning Clean Athletes
Peskov also said that Russia is ready and is willing to consider the opinion of the World Anti-Doping Agency (WADA), but its report accusing Russia of running an athletes' doping probe coverup uses evidence provided by a “dubious” and “compromised” source.

On Monday, an independent commission led by Canadian law professor Richard McLaren presented a report, accusing Russia of having run a state-sponsored doping program. Former director of Moscow anti-doping laboratory Grigory Rodchenkov served as the main and only source for the report.

“We shall say it this way, the source is dubious and compromised, and therefore it is not clear to us what other information is available. According to [Russian President Vladimir] Putin, Moscow is ready and willing to consider the information which will be provided by the WADA commission,” Peskov told reporters.

Russia Still Preparing for Rio Olympics Despite Doping Scandal - Kremlin
The IOC following the report said Tuesday it would "explore the legal options with regard to a collective ban of all Russian athletes for the Olympic Games 2016 versus the right to individual justice."

The Kremlin hopes that the investigation into doping use in Russia will give arguments for the International Olympic Committee lifting its recommendations regarding sporting events in Russia, Dmitry Peskov said.

"The investigation is still taking place.. We hope that, with the information that will come from the commission, there will be significant arguments for such recommendations to be cancelled," Peskov told reporters.