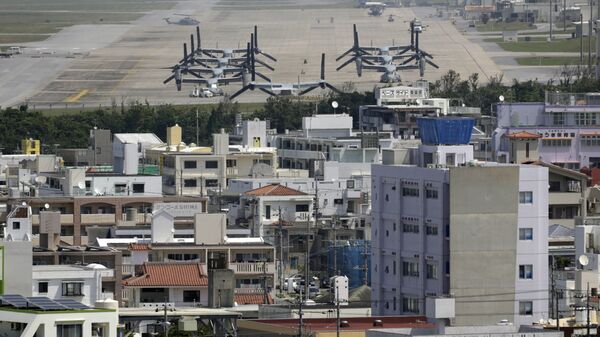 Bell Helicopter and Boeing have received a more than half a billion dollar US Navy contract to build four MV-22 Osprey tilt rotors for Japan, the US Department of Defense announced.

WASHINGTON (Sputnik) — The tiltrotor Osprey can travel at airplane speeds and hover like a helicopter for vertical landings on a carrier decks.

"Bell-Boeing Joint Project Office, Amarillo, Texas, is being awarded a $544.6 million… contract for the…manufacture and delivery of four MV-22 tilt rotor aircraft… [for] of the government of Japan," the announcement said on Tuesday.

However, the US Marine Corps variant of the Osprey has come under heavy criticism, with many refusing to fly an aircraft they consider defective, and a deathtrap.

Since 2007, Osprey defects have been linked to crashes and accidents resulting in 36 fatalities, including six during combat situations.