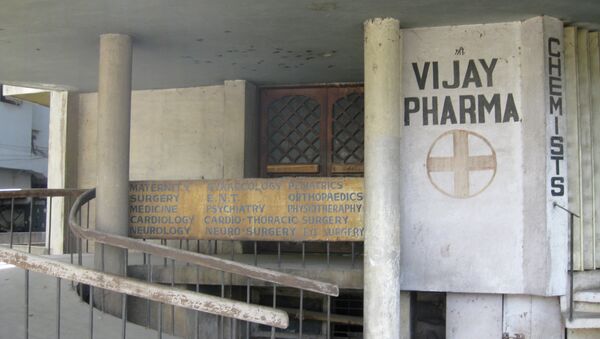 A girl was raped by five men in the Indian city of Rohtak, the same five men who raped her three years previously.

The daughter of a poor charpoy-maker was first assaulted in 2013 in Bhiwani. Police arrested two of the five attackers, later releasing them on bail. The other three were never arrested.

Afraid of retaliation, the family moved from Bhiwani to Rohtak, where the victim entered Rohtak's MD University, only to be attacked again. The family received numerous threats to pull the case out of court, but they continued to seek to get all five behind bars.

"We were getting constant threats from the accused for an out-of-court settlement, but we remained firm," the victim's brother said.

The men stalked the girl and attacked her again, leaving the victim to die in the street. The girl was taken to hospital, while her family turned to police to get the attackers, who are currently free, re-arrested.

According to Deputy Superintendent of Police Pushpa Khatari, "police are conducting raids to nab the accused."

"We are waiting for a forensic report before proceeding further," he added.

Some connect the attacks to the girl's social position: according to reports, she is a Dalit, the member of the lowest, "untouchable," caste, while the attackers were reportedly from upper castes.

While the caste system has been officially banned for over 60 years, it still has a significant large impact on social life in India.

Dalit ("the oppressed") is the self-proclaimed name of the untouchables, who were physically segregated from society, because they were associated with ritually impure activities, such as leatherwork or butchering, or removal of rubbish, animal carcasses and human waste. Dalits often work as manual labourers, cleaning streets, latrines and sewers.

The so-called impurity was considered contagious by those unschooled, and other castes took elaborate precautions to prevent contact with Dalits, hence the notorious untouchables term.