Some 257 Staffers of Turkish PM Office Ousted After Coup Attempt 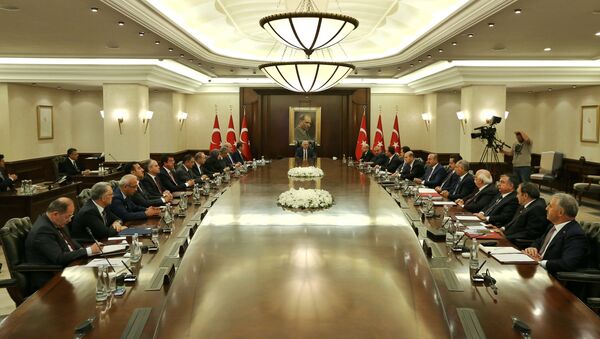 Turkey's government has ousted 257 staffers from the Prime Minister's office in the wake of the failed military coup attempt, Hurriyet reports.

Their property was confiscated

How Attempted Coup Will Change Turkey's Political Landscape
Late on Friday, the Turkish authorities said that an attempted coup was taking place in the country. The coup attempt was suppressed by early Saturday, with Turkish Prime Minister Binali Yildirim stating that all coup supporters had been identified and would be apprehended as the country was returning to normal life. Thousands of judiciary and senior civil service members have been removed from office in Turkey and thousands of military personnel were arrested.

Turkish officials have accused Gulen of orchestrating Friday's failed coup and called on the United States to extradite him to Turkey. Gulen has denied any involvement in the coup attempt and condemned the action, saying it was counter to democracy. On Tuesday, Turkey has filed an official request for the extradition of the Turkish Muslim cleric Muhammed Fethullah Gulen, who is currently living in self-imposed exile in the United States, Turkish Prime Minister Binali Yildirim said.