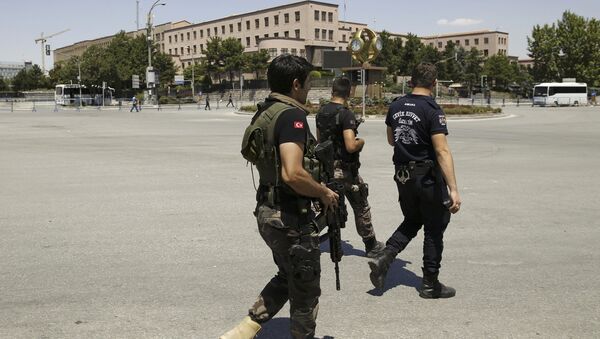 Turkey’s state news agency Anadolu has removed a report from its website that claimed a former airforce commander admitted having masterminded the recent coup attempt.

ANKARA (Sputnik) – Gen. Akin Ozturk was arrested alongside more than 20 senior Turkish officers on suspicion of having links to last Friday’s failed military takeover, according to the agency. Anadolu said previously he had admitted plotting the unrest.

But in an article that appeared in place of the deleted story, the Turkish general was quoted as saying that, "I am not the person who planned, led and implemented the military putsch."

Around 290 people were killed and over a thousand wounded in the failed attempt by the military to grab power in Turkey. The Turkish government has accused US-based Muslim cleric Muhammed Fethullah Gulen of having played a key role in the coup. 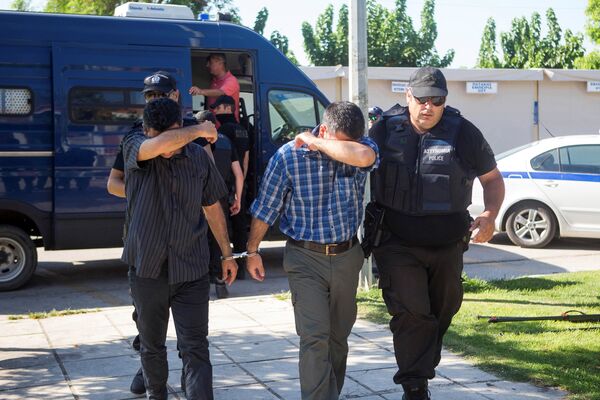 Two of the eight Turkish soldiers who fled to Greece in a helicopter and requested political asylum after a failed military coup against the government, are brought to prosecutor by two policemen in the northern Greek city of Alexandroupolis, Greece, July 17, 2016.
© REUTERS / Vasilis Ververidis/Eurokinissi
Newsfeed
0
Access to the chat has been blocked for violating the rules . You will be able to participate again through:∞. If you do not agree with the blocking, please use the feedback form
The discussion is closed. You can participate in the discussion within 24 hours after the publication of the article.
To participate in the discussion
log in or register
loader
Chats
Заголовок открываемого материала