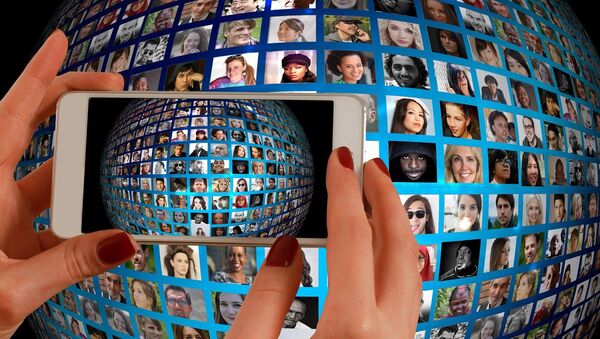 Speaking to Radio Sputnik about what to expect in the aftermath of Friday's failed military coup attempt, Bozkurt warned that it could effectively strike a death blow for independent media, much of which has already been shuttered by Turkish government.

"Social media remains the main outlet for many people to learn what's going on or even for the government to communicate with its citizens. President Erdogan actually used his IPhone to connect to a live broadcast on television, and we gathered most of the information [about the coup] from the social media accounts."

Failed Coup in Turkey Shifts Balance of Power in Favor of Erdogan
"This is quite hypocritical of this government, actually," Bozkurt suggested, "because President Erdogan hates most social media, especially Twitter; he said at one time that he would have liked to to uproot Twitter entirely if it were up to him, but after the failed coup attempt, social media has become a beneficial outlet for this government."

"But this didn't help the critical and independent journalists in Turkey, because a day after the failed coup, twenty news portals were shut down by the government. And if we look at the track record of these news portals, all of them were opposed to the coup; one of them actually broke the story on the developing coup." The sites were shuttered without the necessary court orders, the journalist pointed out.

Effectively, Bozkurt suggested, as far as social media is concerned, "what the government is preaching and what it is doing doesn't add up."

Prior to the coup attempt, the Turkish government had already become infamous for attempts to control media, censoring social media and closing down and taking over multiple news outlets.

Bozkurt warned that ultimately, "what we are looking at is intensified pressure on what's left of the critical, independent or even opposition media in Turkey."

The danger, aside from the curtailment of basic democratic rights, is that the state will be left with the opportunity to spread outright misinformation. "For example, former Air Force Chief [Akin Ozturk] was arrested on the charge of leading this coup, and state run news agencies filed reports saying that he admitted all these charges. But when you see the actual three-page testimony, he never admitted culpability in this coup; he actually said that he tried to thwart it with the general chief of staff in the headquarters."

"There are a lot of stories going out, and social media appears to be the only outlet for many people to learn about this information or to post information in the public domain for journalists." If it disappears, so too will a resource valuable to both Turkish citizens and the international community, Bozkurt concluded.