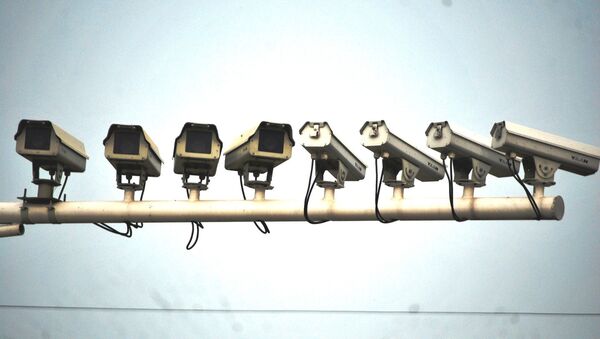 The EU's top court has ruled that retaining data from telephone calls and emails is only legal if security agencies use it to tackle serious crime, in a blow to new British Prime Minister Theresa May's proposed Snooper's Charter legislation.

The preliminary finding from the European Court of Justice (ECJ) suggests that while governments may be able to engage in some form of metadata retention, it would need to justify their actions to ensure that it is only used in the fight against "serious crime."

AG Øe: obligation on e-comms providers to retain data may be compatible with EU lawhttps://t.co/B0sMPtNgss

"Solely the fight against serious crime is an objective in the general interest that is capable of justifying a general obligation to retain data, whereas combating ordinary offences and the smooth conduct of proceedings other than criminal proceedings are not," the ECJ's advocate general Henrik Saugmandsgaard Øe wrote.

​"The general obligation to retain data must be strictly necessary to the fight against serious crime, which means that no other measure or combination of measures could be as effective while at the same time interfering to a lesser extent with fundamental rights," he added.

The decision comes after a legal challenge was brought to the ECJ by UK Labour Party Deputy Leader Tom Watson and Conservative MP David Davis, with the latter subsequently withdrawing from the case after being appointed the UK's new Brexit minister.

​It comes after the pair had successfully challenged the UK government's Data Retention and Investigation Powers Act (DRIPA) in the British High Court.

Headaches Loom for May Over Snooper's Charter

While the opinion of the ECJ advocate-general is not legally binding, it is almost certain to be followed by the full court, which will then have a great impact in shaping the UK's proposed surveillance legislation, currently being scrutinized by parliament.

The highly controversial Investigatory Powers Bill, also known as the Snoopers' Charter, was developed by current prime minister May during her six years as Home Secretary and has called for UK law enforcement to be given greater powers to intercept emails and phone calls of citizens.

​Government officials say such powers are integral to stopping serious crime and the threat of terrorism, while critics argue such a development would turn the UK into a surveillance state and breach the privacy of the population.

In fact Davis, the UK's new Brexit minister, had traveled to the Luxembourg-based court earlier this year and argued that the British government was "treating the entire nation as suspects" with its proposals.

#IPBill in Lords. Security-at-all-costs brigade hate it when I describe massive scale of UK surveillance powers but I'll keep doing it.

​Despite the government's calls for greater powers, the ECJ ruling looks set to ensure that any British legislation has a number of safeguards in place to ensure that any extra powers are used for tackling serious crime and not merely mass surveillance.

The final ECJ decision looks set to be delivered within the next couple of months.