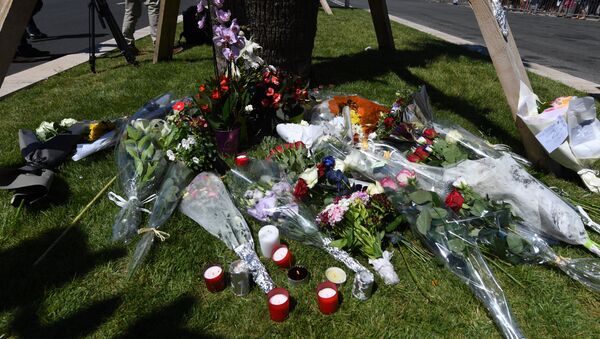 © AFP 2023 / BORIS HORVAT
Subscribe
International
India
Africa
The Polish Foreign Ministry confirms that two Polish women died when a gunman drove a truck into a crowd of revelers in the southern French resort of Nice, the ministry’s spokesman said Tuesday.

MOSCOW (Sputnik) — The truck assault on the crowd marking the Bastille Day on the Nice seafront killed 84 people, almost half of them foreign visitors, according to French authorities.

To Defeat Terror Scourge, Paris Must Team Up With Moscow & Damascus

The attacker was killed in a standoff with police. He was identified as Mohamed Lahouaiej Bouhlel, a 31-year-old Nice resident of Tunisian descent who the Daesh terror group claimed was its follower.