US Lawmakers Express Support for Cooperation with South Korea - Seoul 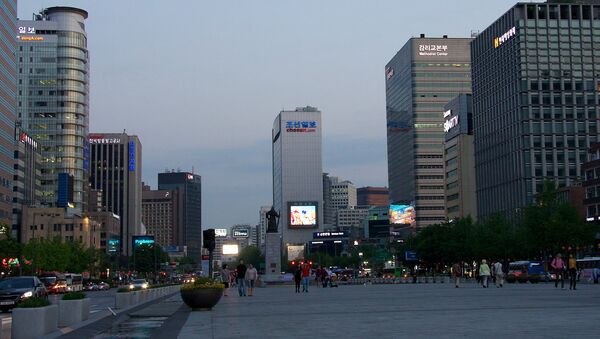 A delegation of US lawmakers expressed bipartisan support of their legislature, the US Congress, for cooperation with Seoul in various areas, including defense and diplomacy, the South Korean Foreign Ministry said Monday.

MOSCOW (Sputnik) — Earlier in the day, the US delegation of five lawmakers from the Senate and the House of Representatives and headed by Sen. Brian Schatz arrived in Seoul. The delegation held talks with South Korea's First Vice Foreign Minister Lim Sung-nam.

"The Senator mentioned that despite somewhat heated discussions on foreign policy in the US presidential election campaign in 2016, the US Congress, both the Senate and the House of Representatives, renders bipartisan support on the importance of the ROK-US cooperation across the board, including foreign and military affairs, economy and culture, which buttresses the bilateral ties," the ministry said in a statement.

How US THAAD Deployment in South Korea is ‘Shooting Mosquitoes With Cannon’
Sen. Schatz also highlighted an essential role for Seoul-Washington cooperation amid nuclear threats coming from North Korea and welcomed the recent joint decision to deploy a Terminal High Altitude Area Defense (THAAD) on the Korean Peninsula.

Lim, in his turn, called for strengthening bilateral cooperation between Seoul and Washington and asked the delegation to make more efforts to get a broader support to crucial matters from the United States.