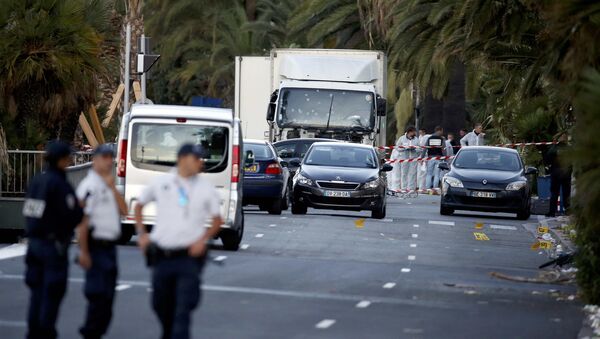 The police have not yet established the links between the Nice truck attacker and Daesh terrorists, French Interior Minister Bernard Cazeneuve said Monday.

Nice Attacker Sent $110,000 to Family in Tunisia Before Carnage
MOSCOW (Sputnik) — On July 14, a truck rammed into a large crowd that was celebrating Bastille Day in Nice. At least 84 people, including children, were killed and dozens of others were injured. The investigation found that the person behind the attack was Nice's 31-year-old resident of Tunisian origins Mohammed Lahouaiej Bouhlel. On July 16, media reported that Daesh (is outlawed in many countries, including Russia) claimed responsibility for the attack.

"The investigation has not yet established the links between Mohamed Lahouaiej-Bouhlel and a terrorist group [Daesh]," Cazeneuve told local RTL broadcaster.

He also added that it could not be ruled out, that the attacker was an unbalanced and very violent individual, subjected to "rapid radicalization."

According to the broadcaster, the ongoing investigation into the perpetrator and his possible accomplices has made some progress.