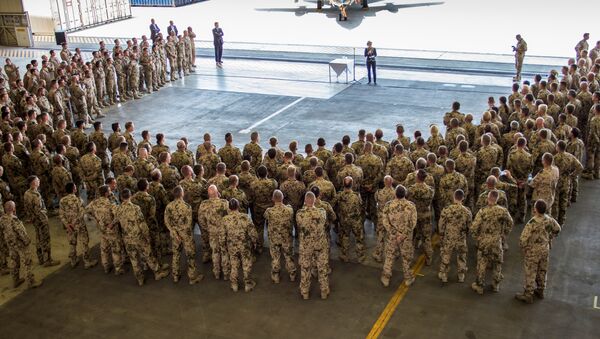 World
US Denies Asylum to Turkey's Incirlik Base Ex-Commander
BERLIN (Sputnik) — This comes after Turkey blocked senior German politicians from visiting the airbase in southern Turkey to meet German soldiers serving there as part of the country’s commitment to fight Islamic State terror group in Syria and Iraq.

"If after a while the Turkish government still stubbornly rejects all efforts and diplomacy and denies access of lawmakers… I cannot imagine that the parliament, which is being barred from meetings its own troops, will vote for this [continued deployment to the airbase]," Seehofer said at a press briefing in Munich.

The Bavarian top official added this should be viewed in the context of Germany’s surveillance mission in the US-led international operation in Syria and Iraq.

Germany has some 200 troops and Tornado jets equipped with Airborne Warning and Control Systems (AWACS) in Turkey. It has been flying reconnaissance missions in Syria since January.