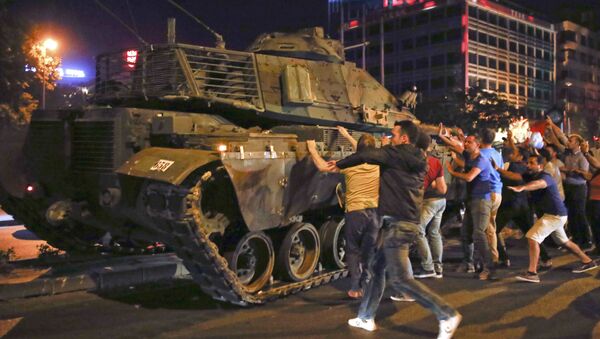 US-Turkey Cooperation Within NATO, Anti-Daesh Coalition Unchanged - Kerry
Late on Friday, Turkish authorities said that an attempted coup took place in the country. Erdogan urged Turkish citizens to take to streets, stating that the coup attempt was carried out by a small group within the military. Later, Erdogan and other officials have blamed opposition cleric Fethullah Gulen staying in self-imposed exile in the United States and his supporters for the coup attempt. Gulen himself denied the allegations.