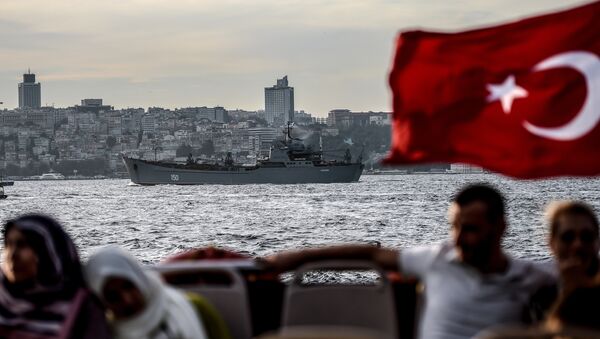 A portion of the Turkish military has initiated a coup attempt in the country, as it felt national security was threatened by President Erdogan's support of Islamists, Samir Aita, a member of the Syrian Democratic Forum opposition party told Sputnik.

MOSCOW (Sputnik) – According to Aita, the people of Turkey may resist the coup in principle "because they don't like to have any more military coups."

"It is not clear meanwhile if the coup in a country like Turkey, where democratic ideas have been embattled for 10-15 years, could have easily a success. At least, if the coup does not fail very quickly, there will be a long period of troubles in Turkey whatever happens," Aita said.

On Friday, Turkish Prime Minister Binali Yildirim said that a group of servicemen attempted a military coup d'etat in the country.