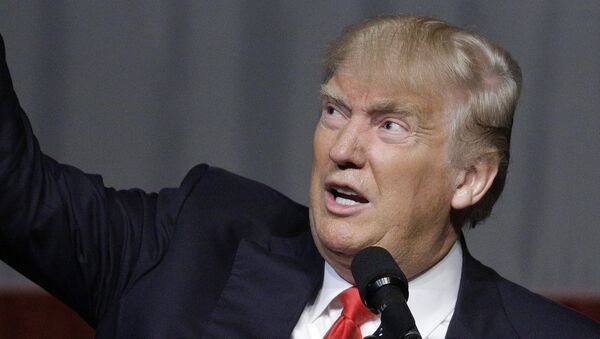 © AP Photo / Seth Perlman
Subscribe
International
India
Africa
While the aftermath of the Nice attack was still unfolding, presumptive Republican presidential candidate Donald Trump went on a Fox News show to discuss what he feels an appropriate US military response should look like.

"We have a President that doesn’t want to call it what it is. And you look at the World Trade Center, you look at San Bernardino, you look at Paris, 130 people killed and so many injured in Paris from that attack. You look at Orlando. It’s out of control. And unless we get really strong and very strong leadership, it’s only going to get worse."

O’Reilly asked Trump if he would he pressure NATO to step up the fight against Daesh if he were elected President, remarking that the United States has "to mobilize NATO to wipe ISIS off the face of the Earth."

Trump replied, "That would be just fine," adding, "We’re supporting NATO and we should at least get something out of it. Getting rid of ISIS and getting rid of this cancer that we’re watching all over the world, that certainly would be a good thing for NATO to be involved in."

O’Reilly then asked the controversial real-estate speculator if, as president, would he go to the US Congress to ask for a declaration of war.

"I would," Trump declared, "This is war!…We’re allowing people into this country, we have no idea where they are, where they’re from, who they are. They have no paperwork. They have no documentation in many cases and Hillary Clinton wants to allow 550% more in. It’s out of control."

Conservative media pundit O’Reilly claimed that 10,000 Syrian refugees are earmarked to enter the US by the end of the summer. He asked Trump if he would consider them security threats.

"Of course I do," Trump said, "And I’ve been studying this situation closely. Law enforcement says you really can’t tell where they come from, they may be ISIS. This could be the biggest Trojan Horse of all time."

On Thursday, Mohamed Lahouaiej-Bouhlel, a 31-year-old Tunisian rammed a truck into pedestrians taking part in France’s annual Bastille Day celebration. He swerved for 1.2 miles, killing 84 people and injuring at least 200, 52 critically, before being killed by authorities.