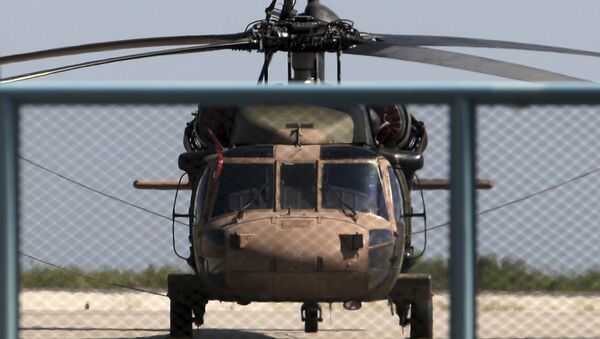 © AFP 2021 / SAKIS MITROLIDIS
Subscribe
A Turkish helicopter with two crews on board left for Greece to return helicopter used by suspected Turkish coup supporters, a source in the Turkish government told RIA Novosti on Saturday.

ATHENS (Sputnik) — Earlier in in the day, a Turkish aircraft with eight crew members landed in in Alexandroupolis following the coup attempt in Turkey.

"A Turkish helicopter with a spare crew will arrive to take back highjacked helicopter from Alexandroupolis," the source said, adding that the procedure might be carried out in the next few hours.