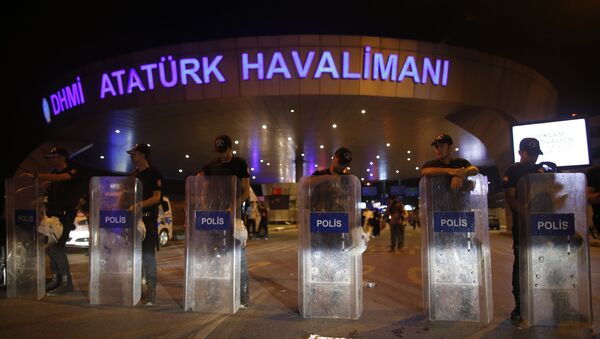 The Federal Aviation Administration has banned all flights between the United States and airports in Turkey.

The indefinite ban took effect on Saturday in the wake of the failed coup attempt in Turkey that left 265 dead and over 2,000 injured.

"The FAA is monitoring the situation in Turkey in coordination with the State Department and the Department of Homeland Security and will update the restrictions as the situation evolves," the agency said in a statement.

The US embassy in Ankara issued a statement Saturday warning that US government officials have been told not to use the airport in Istanbul and that US citizens in the country should continue to seek shelter despite Turkey's claim that they have completely neutralized the attempted coup.

World
US Urges Citizens to Reconsider Traveling to Turkey After Attempted Coup
Meanwhile, the Pentagon says that US warplanes have stopped flying missions against Daesh in Syria and Iraq from the Incirlik air base in southern Turkey after the government closed its airspace to military aircraft.

Pentagon press secretary, Peter Cook, said Saturday that US officials are working with Turkish officials to get permission to resume air operations as soon as possible following the attempted coup.

Cook acknowledged that US Central Command was forced to adjust flight operations in the anti-Daesh effort to minimize the effect of the Turkish airspace closure.

US authorities are also blocking access on and off the Incirlik air base where American nuclear weapons stockpiles are stored until the security situation subsides.