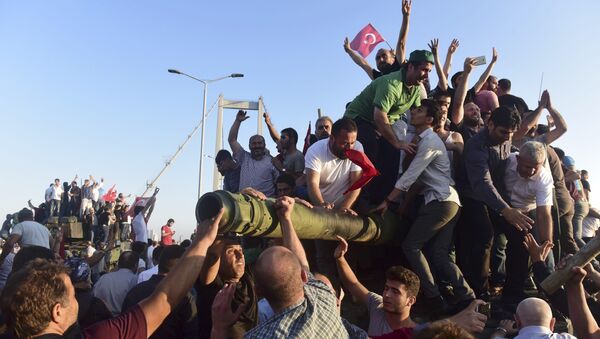 The United Nations Security Council on Saturday failed to condemn the attempted coup in Turkey after Egypt disagreed with a call to respect Turkey's democratically elected government.

The statement drafted by the US called on all the parties to demonstrate restraint and avoid violence so that the crisis in the country ends as soon as possible and the rule of law returns.

This is Why Turkey’s Military Coup Failed
However, it wasn't issued, for in order to do that the council needs a unanimous decision by all 15 members. UNSC diplomats told Reuters on condition of anonymity that Egypt argued that the UN Security Council should not be determining whether a government had been democratically elected. Late on Friday, Turkish authorities said that an attempted coup was taking place in the country.

Turkish President Recep Tayyip Erdogan urged Turkish citizens to take to the streets, stating that the coup attempt was carried out by a small group within the military. The coup attempt was reportedly suppressed by early Saturday, with Turkish Prime Minister Binali Yildirim stating that all coup supporters have been detained and the country was returning to normal life.

Egyptian President Abdel Fattah al-Sisi is a former general who overthrew elected President Mohamed Morsi, of the Islamist Muslim Brotherhood, in 2013 after mass protests against Morsi.