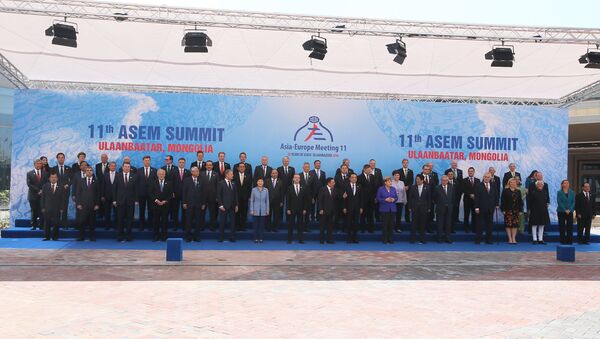 © Sputnik / Yekaterina Shtukina
/
Go to the photo bank
Subscribe
Two final documents have been signed during the Asia-Europe Meeting (ASEM) in the capital of Mongolia.

He added that the two tragedies that happened during the summit — the Nice attack and an attempted military coup in Turkey — "affected hearts" of all ASEM participants.

000000
Popular comments
No web adress to communiqués? I hope they had nice time there.