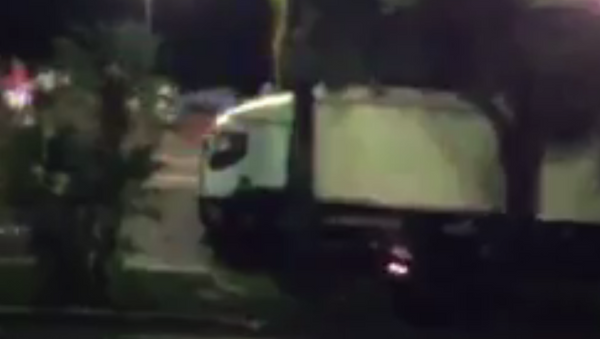 The white truck that was used to carry out the deadly Nice attack was rented a few days before the Thursday night attack, BFM TV reports.

Driver in Nice Truck Attack Purposefully Sought to Kill People - Witnesses
PARIS (Sputnik) – On Thursday night, a truck rammed into a large crowd that was celebrating Bastille Day in Nice. At least 80 people were killed and dozens of others were injured.

According to BFM TV, the truck travelled across a distance of about 2 kilometers (1.2 miles) smashing people.

Weapons and grenades were found inside of the truck, President of the Regional Council of Provence-Alpes-Côte d'Azur Christian Estrosi said.