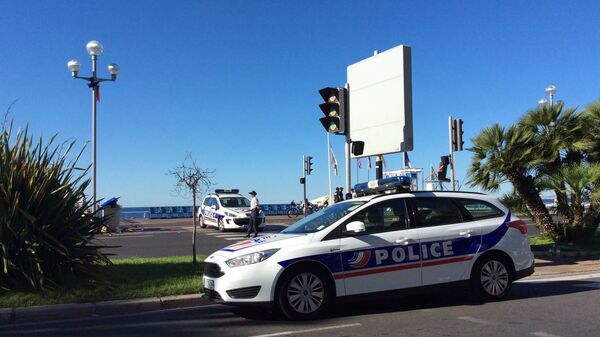 In an interview with Sputnik, mayor of Nice Philippe Pradal said that Nice has long suffered from a lack of national police forces and his numerous complaints about insufficient security in the city have remained unanswered.

According to Pradal, many security issues in Nice still remain unresolved. Today, the city's authorities once again reminded the French President about the need to strengthen local security forces.

"In Nice, there is now a well-equipped, well-trained municipal police force. We have a monitoring office, 1,200 interconnected cameras and technologies that we can fully apply, such as, for example, a facial recognition system. We believe that this gives us the right to have a national police force which is necessary to protect the public, especially since we live in the border area and in the tourist area which is at risk," the mayor said.

Nice Attack Should Teach US Law Enforcement How to Secure Large Events
At least 84 people were killed and over 100 injured after a truck plowed through a crowd celebrating Bastille Day in the French city of Nice late on Thursday. No group has claimed responsibility for the attack so far.

However, taking into account the increase in attacks carried out by Islamist groups such as Daesh, concerns have increased with regard to the rise of radical Islam in Europe. Earlier, the authorities of Nice did not authorize the financing of the local mosque from abroad, namely from Saudi Arabia.

Some experts and politicians believe that the funding of religious institutions from abroad might contribute to the radicalization of young people in Europe. Earlier, the Secretary General of Bavaria's CSU party (sister party of CDU), Andreas Scheuer, stated that Germany should introduce a so called ‘Islam law' which would prohibit the funding of German mosques from overseas.