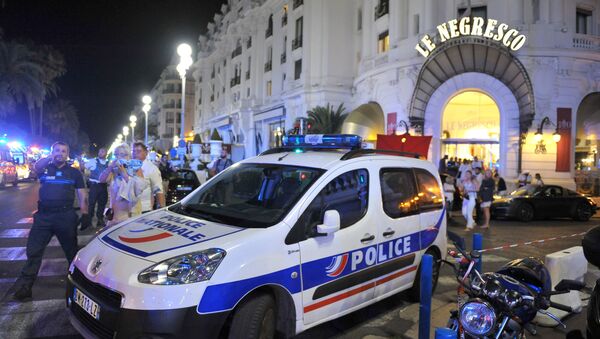 According to a French lawmaker from the Republicans party, the country should strengthen the anti-terrorism legislation and adopt stricter immigration laws.

"We have to send home those who are bi-nationals, we have to strengthen our legislation, we have to implement ideas and principles of secular state and not to have in France women who are hiding their faces under veils, otherwise we soon will find ourselves on the edge of the civil war," Myard, who is also a member of the National Assembly of France (lower house of Parliament) said.

According to Myard, France needs to enhance national border security as the existing home security system of border control is ineffective and does not provide any security.

"We have to control our national border and stop living in utopia. We have confused freedom of travel with absence of any control. The existing control of our frontiers is ineffective, so we need to strengthen our security on our borders," the lawmaker added.

Moreover, Europe should seek closer security cooperation with Moscow amid the deadly attack in the French city of Nice, Jacques Myard, a French lawmaker from The Republicans center-right party, Jacques Myard said.

Germany Tightens Border Controls After Truck Attack in France’s Nice
"There is no doubt that Russia is our ally in this fight against terrorism and I am glad we are exchanging intel information with Russia. We need to seek deeper cooperation and I am very much in favor of lifting sanctions against Russia because we have been confusing our ally with our enemy. Russia is not an enemy, of course," Myard, who is also a member of the National Assembly of France (lower house of Parliament), said.

Russian President Vladimir Putin expressed his condolences to his French counterpart Francois Hollande after the deadly attack, calling it "inhumane and barbaric."