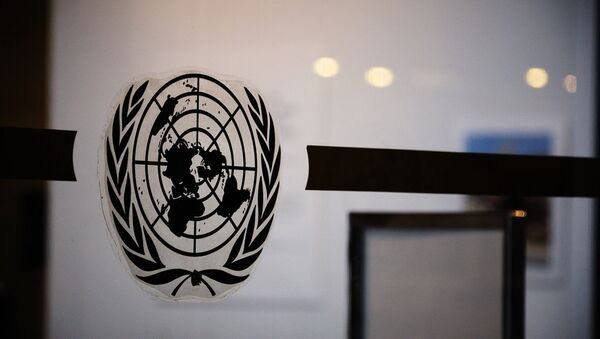 Kiev Authorities Turning Ukraine Into Full-Fledged European Banana Republic
MOSCOW (Sputnik) — The Ukrainian authorities ignore the Office of the United Nations High Commissioner for Human Rights (OHCHR)'s appeals to investigate massacres on Kiev's Maidan square and in the southern Ukrainian town of Odessa, which left dozens of civilians dead, the OHCHR said in a report Thursday.

The UN Human Rights Office "remains concerned that the authorities have still not taken appropriate measures to ensure effective investigations into the 2 May 2014 events [Odessa massacre], nor to protect the independence of the judiciary," the report says.

The report also recommends that the law in Ukraine is amended to allow prosecutions for all killings that took place during the Maidan events in February 2014.

"OHCHR is concerned that the investigation into the killings of 13 law enforcement agents has been hampered by the provisions of the law of 21 February 2014, which provides that all people who participated in mass protests and are suspected or accused of crimes are exempted from criminal responsibility," the report reads.

OHCHR Refuses to Confirm Deeming Assange Detention Illegal
In February 2014, violent clashes with law enforcement broke out in central Kiev's Independence Square, or Maidan Nezalezhnosti, claiming the lives of some 100 civilians. The protests spread across the state and led to a government coup, forcing then-President Viktor Yanukovych to flee the country.