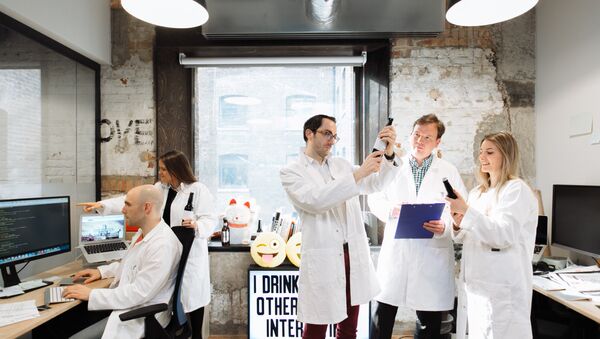 © IntelligentX
Subscribe
Finding the recipe for the perfect beer - it is something that has long frustrated large drink manufacturers and small-time home brewers alike. However, a British company believes they’re on the right track by using artificial intelligence (AI) and public feedback to craft the perfect lager and ale.

With the help of feedback from the general public, the company has managed to produce four beer flavors — a British golden ale, a grapefruit-infused bitter, a hoppy American pale ale and a smokey porter-based "Marmite" beer — that have used AI to shape the flavors in relation to people's tastes and preferences.

The process works through the IntelligentX's Facebook messenger bot, which asks people about their favorite beer tastes and what could be done to make them better.

The bot starts off by asking what type of beer people normally drink and then covers a range of flavor profiles such as the malt and hops in beers, asking punters for their preferences when it comes to the alcoholic percentage of their favorite ale or lager.

"That Facebook messenger bot is essentially a conduit — a way for us to get information into the algorithm directly," IntelligentX co-founder Hew Leith told Sputnik.

This information is then processed and collated in an algorithm, which is then used to help craft the beers to the preferences of drinker.

"The really cool, exciting stuff that's really pushing boundaries is the machine-learning algorithm at the other end… The algorithm will then give the brewer a recipe to brew, based on all that feedback."

Machine 'Learning How to Brew Beer'

Leith says the program then uses AI to change ingredients in the hope of creating a 'better' beer. 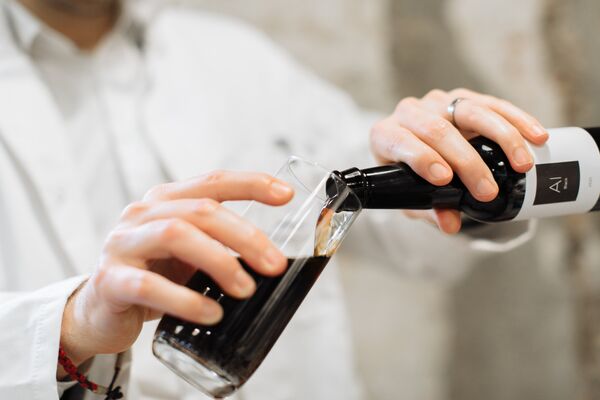 "We can't make a million beers, so what we do is encode this creativity and intuition that the brewer has into the algorithm. So every time we get a point of reference, it's learning whether that's a good thing or a bad thing."

"So basically it's learning over time and it's making intelligent decisions on how to brew the beer."

Leith said the information has led to "lots of different changes" in the various types of beers, while an experimental element in the process, which was designed to avoid simply creating "generic" beers, led to the creation of a grapefruit infusion in one of the bitters.

As the use of AI technology in crafting beers continues, different flavors will keep evolving, Leith says.

​The process of using people's tastes with AI has been so successful so far that he believes there is potential to expand the practice into an "AI revolution."

"Right now, no one in the world is using machine learning to improve consumer goods… If it goes well we'll be looking at other products categories as well" Leith said, highlighting chocolate and perfume as potential others that could follow suit.

"If you look at AI as an entity, it's only just beginning and we're only just starting to see that this has got real world usage."

000000
Popular comments
I wouldn't touch such characterless, sterile muck. Beer is about culture, the earth, and centuries of brewing tradition. You just can't fake it.