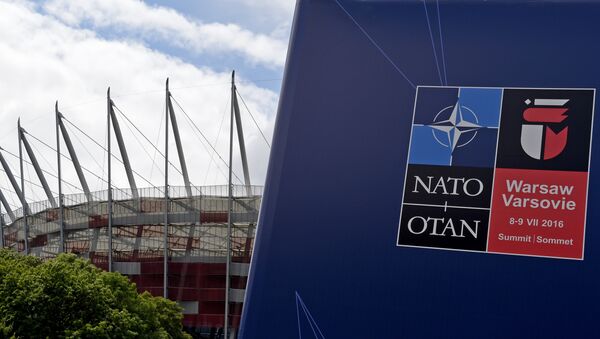 NATO's Double Standards: Why Warsaw Meeting Became a 'Summit of Lies'
In an interview with Sputnik, political analyst Andrey Kortunov,  head of the Russian International Affairs Council, expressed hope that at Wednesday's session of the Russia-NATO Council, the alliance will demonstrate its willingness to engage in full-blown bilateral dialogue.

The interview came after the NATO summit, which took place in the Polish capital of Warsaw last week, during which the alliance agreed to deploy its four battalions to Latvia, Lithuania, Estonia and Poland. The member countries also decided to launch a European missile defense shield and bolster their presence in the Black Sea.

NATO Secretary General Jens Stoltenberg said in turn that relations with Moscow will be based "on defense and dialogue." For their part, the leaders of the NATO member countries said that NATO is committed to a constructive relationship with Russia, but has made it dependent on Moscow's actions.

In this regard, the July 13 session of the Russia-NATO Council in Brussels could clarify the alliance's policy on cooperation with Moscow, according to Andrey Kortunov.

"This meeting will be held because apart from the declared strategy of deterrence, NATO will hopefully show its declared willingness to maintain a dialogue. In this sense, experts and politicians wonder whether this dialogue will be developed during the Brussels gathering," he said.

He added that given the current deep differences between NATO and Russia, "the very fact of the development of a bilateral dialogue will mean progress."

For his part, Norbert Rottgen, head of the German parliament's Foreign Policy Committee, said in an interview with Redaktionsnetzwerk Deutschland that the meeting of the Russia NATO Council should be used in order to convince Moscow of the alliance's non-aggressive position, according to Deutsche Welle.

According to him, "NATO should seize this opportunity so as to directly communicate with the Russian side and elaborate on the decisions taken in Warsaw."

Earlier, Russian Foreign Ministry Spokeswoman Maria Zakharova said that during a Russia-NATO Council meeting, Moscow expects a detailed explanation from the representatives of NATO on plans for the alliance's expansion.

Warsaw Sounds the War Drums, Eyeing Russia in Run-Up to NATO Summit
Last week, NATO chief Jens Stoltenberg signaled his readiness to hold a NATO-Russia Council meeting "shortly after" the Warsaw summit, according to the Voice of America.

The news website quoted Stoltenberg as saying that "transparency and risk reduction should be an important topic" at the NATO-Russia Council gathering, and that NATO continues to be "a responsible, transparent and predictable actor" and remains "open to dialogue with Russia.

NATO has been reinforcing its military presence in Europe, particularly in the Eastern European states, since the outbreak of the Ukrainian crisis, citing Russia's alleged interference in that conflict as justification for the move.