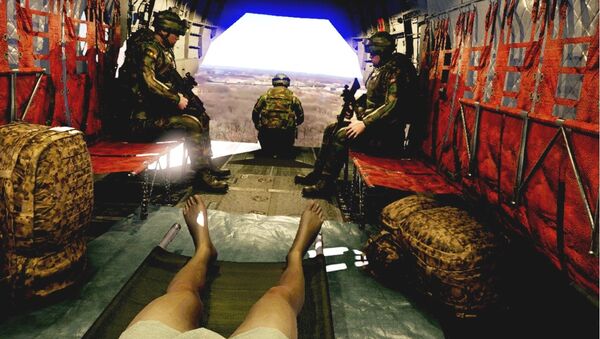 "The key to what we're doing is to use emerging VR and mixed reality (MR) technologies to increase the range of 'experiences' for future defense medical trainees, as new military air, land and sea platforms become more sophisticated — and ultimately — fewer in number." Professor Robert Stone, director of the human interface technologies (HIT) team at the University of Birmingham told Sputnik. 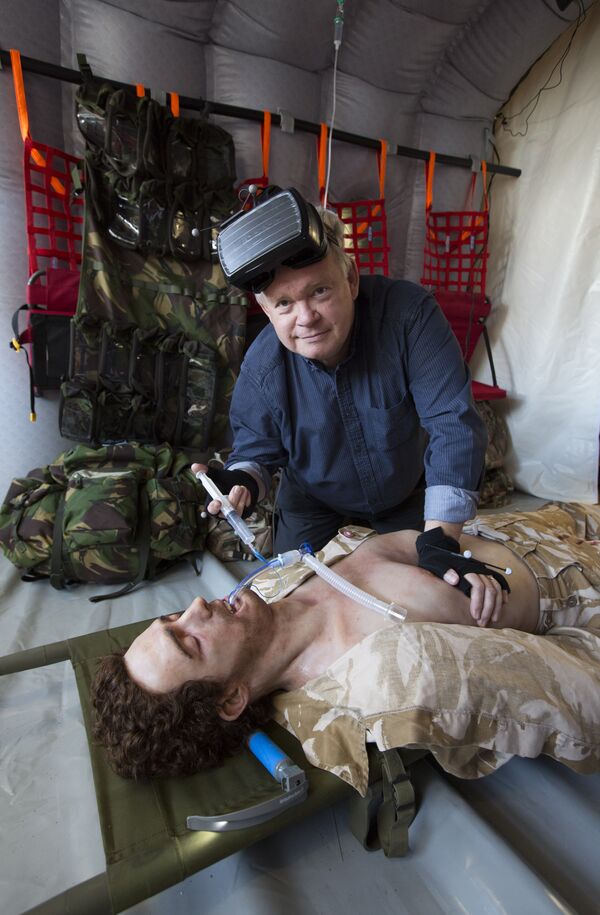 ​The MR and VR set up is to help medical personnel train for the battlefield and respond to incidents that require emergency medical assistance and hospital trauma care — often administered, on the move, in the back of a helicopter.

A new simulator of a Chinook helicopter.
© Photo : University of Birmingham

Using augmented reality (AR) trainees are able to experience what it is like to treat an injured body in rapidly changing environments. 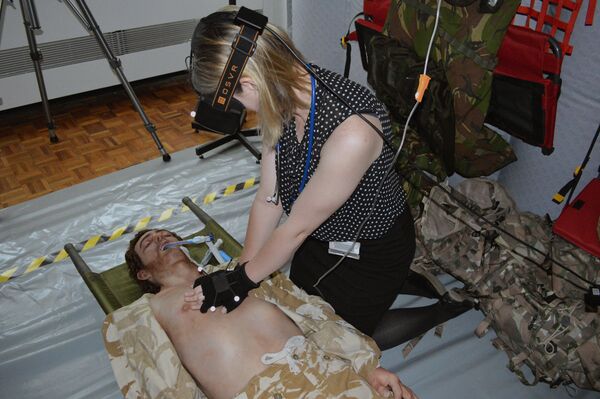 The HIT team was able to change the look of the inflatable enclosure — and what was inside using VR and AR to replicate real life scenarios.

"Enabling those virtual platforms to be deployed in a variety of environments and scenarios is one of the major goals of the research; [also] addressing the different kinds of injuries and casualties the trainees might one day be confronted with" Professor Stone told Sputnik. 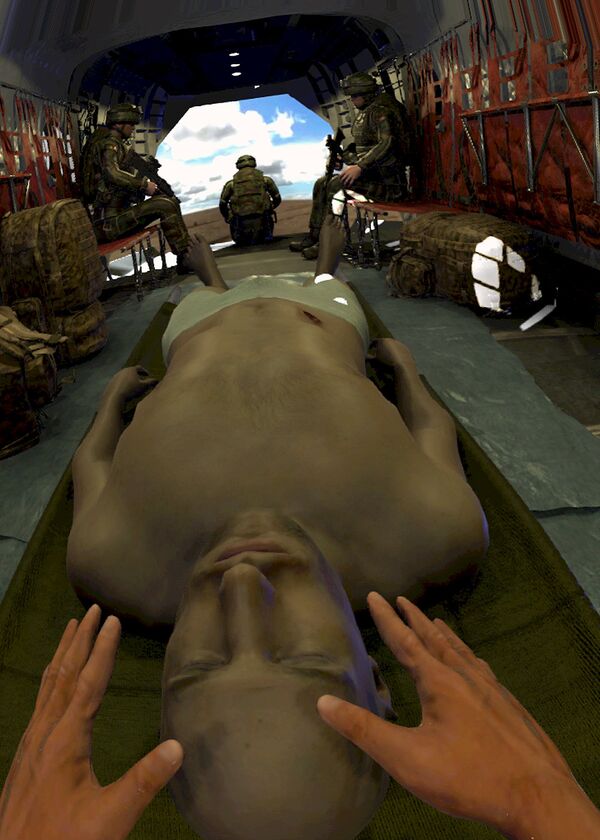 The MR components include an inflatable tunnel which replicates the inside of a Chinook complete with seats, webbing, weapons, virtual 3D models and scenery and the latest augmented reality headsets.
© Photo : University of Birmingham

"The intent behind this ground breaking research project is for us to exploit cutting edge technologies and training option for future deployments," Professor Col Peter Mahoney, consultant anesthetist at the Royal Center for Defense Medicine said.

Professor Stone along with research fellow Dr Robert Guest observed the MERT training team at RAF Brize Norton in order to create as life-like a situation as possible. However, Stone is quick to admit that virtual, augmented and mixed reality have "a long, long way to go before anyone can realistically claim a par with reality."

"I believe, from a human factors perspective, that our approach is helping to guarantee that the experiences the trainees will be presented which contain the most appropriate blend of the real and virtual so that they can learn what to expect and what's expected of them, without compromise or distraction brought by inappropriate use of technology and unbelievable, in the negative sense, computer-generated scenes," Stone told Sputnik.

The Chinook enclosure is capable of being inflated and deflated for rapid deployment and portability — and along with replica gun machine, gun models and simulators — the mixed reality makes for a pretty believable in-flight scenario for some of Britain's best army doctors, surgeons and nurses to train in.