US on Track to Miss Syrian Refugee Resettlement Goal for 2016 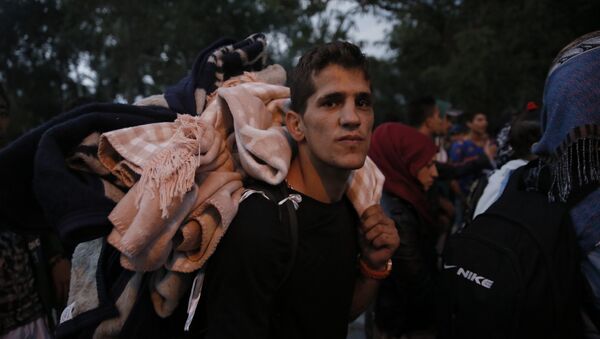 The US Department of State resettled 2,406 Syrian refugees last month and has resettled only about 50 percent of the 10,000 refugees it pledged to accept before the end of the fiscal year on September, the advocacy group Human Rights First said in a statement on Tuesday.

"The Obama administration has made progress in addressing some of the backlogs and delays that have hampered its ability to resettle refugees, but with three months left in the fiscal year, it is still far from meeting its goal of resettling at least ten thousand Syrian refugees this fiscal year," Human Rights First’s Refugee Protection Program Director Eleanor Acer stated.

Human Rights First noted on Tuesday that the US Department of Homeland Security has increased its staffing levels and is conducting security interviews of Syrian refugees in the region.

At least 480,000 Syrians are in need of resettlement outside the region, according to the United Nations Refugee Agency (UNHCR).