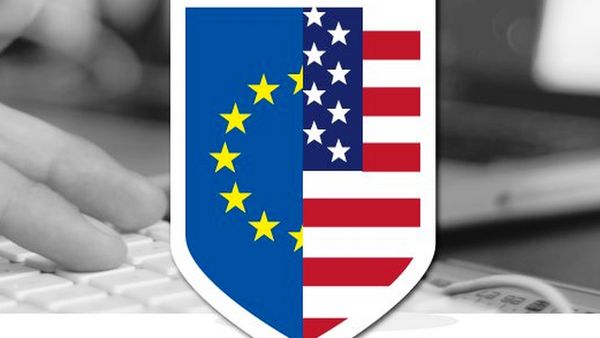 A leading European consumer group has told Sputnik that the EU-US deal over the use of personal data on US servers - known as Privacy Shield and which was signed Tuesday (July 12) - is "cracked beyond repair."

Privacy Shield is the proposed new deal between the EU and the US that is supposed to safeguard all personal data on EU citizens held on computer systems in the US from being subject to mass surveillance by the US National Security Agency. The data can refer to any transaction — web purchases, cars or clothing — involving an EU citizen whose data is held on US servers.

"We consider that the shield is cracked beyond repair and is unlikely to stand scrutiny by the European Court of Justice. A fundamental problem remains that the US side of the shield is made of clay, not iron."

​The case arose when Maximillian Schrems, a Facebook user, lodged a complaint with the Irish Data Protection Commissioner, arguing that — in the light of the revelations by ex-CIA contractor Edward Snowden of mass surveillance by the US National Security Agency (NSA) — the transfer of data from Facebook's Irish subsidiary onto the company's servers in the US does not provide sufficient protection of his personal data.

"Strong data protection obligations that we be more robustly enforced by US authorities. Secondly, reassurance from the US Government that any access to personal data for law enforcement or national security purposes is limited to what is necessary and proportionate, building on the important intelligence reforms by President Obama. Thirdly, easier redress possibilities for European in case of complaints about how their data is handled."

However, Monique Goyens told Sputnik: "The Commission should have listened more to data protection bodies and privacy advocates rather than giving in to political and commercial pressure from the tech industry and the US government. Sadly, commercial motivations seem to have outweighed citizens' right to privacy."