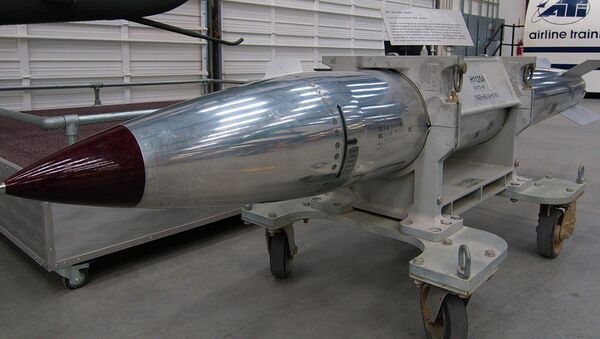 President Barack Obama is unlikely to extend the New START arms reduction treaty because he will be unable to secure enough US domestic political support, experts told Sputnik.

NATO Unleashed Reckless Militarism at Warsaw Alliance Summit
WASHINGTON (Sputnik) — On Sunday, The Washington Post reported, citing Obama administration officials, that the US President will offer extending New START for five years beyond 2021. According to the newspaper, Obama wants to make sure the next US administration does not interrupt the further reduction of nuclear weapons deployment.

"The problem is that most of the actions he [Obama] can take can be reversed by the next president, and there does not seem to be a lot of domestic political support for returning to the arms control agenda," St. John’s University Professor of Government David Kearn told Sputnik on Monday.

Just as context, Kearn explained, given all of the pressing US national security challenges and the need and calls for modernization, there is not much of an appetite in Washington for further nuclear arms reductions.

"I think the president is genuinely committed to the cause of nuclear arms control, but obviously world events have made progress pretty difficult," Kearn added.

Discussions of the US nuclear deterrent have been placed on the back burner, Kearn explained, but there are some huge decisions coming considering that all three legs of the nuclear triad are in need of recapitalization.

"Given the expected costs and commitments of scarce resources, it probably is a very good time for thinking about the requirements for robust nuclear deterrent, but the nature of the international environment is such that any dramatic changes from the current status quo are highly unlikely," Kearn said.

Woodrow Wilson Center scholar Michael Kofman told Sputnik it was unlikely that talks over extending the New START treaty would happen during the Obama administration.

"I don't think it’s a plausible scenario," Kofman stated. "Russia will no doubt seek to discuss its extension with the next administration."

A US Department of State official told Sputnik on Monday that the United States will continue pursuing options to further bolster the global nuclear non-proliferation regime.