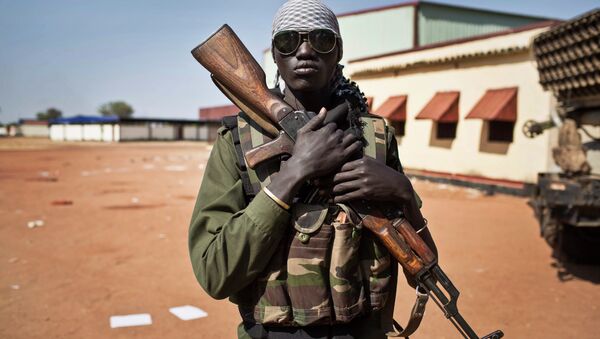 South Sudan appears to again be on the verge of a full-scale war, as fighting in Juba has gone on for five days. Aid workers report that the new violence has claimed the lives of over 300 people, including many civilians, and has damaged hospitals and cut food supplies. Embassies in the country are closing, the Canadian embassy has closed entirely, while the Indian embassy announced plans to evacuate staff. Evacuations are complicated by the closure of the Juba airport.

Despite calls for calm from international powers, fighting in Juba continues, with heavy weaponry damaging at least one hospital by shellfire, as well as striking several United Nations refugee camps.

A list compiled by church authorities documents some 15,000 people in the city sheltering in churches or other religious buildings. Many more have moved to the UN-run refugee camps. Many have fled the city for surrounding rural areas.

"There is random shooting and quite heavy mortar fire. We don't know who is responsible. The humanitarian situation is dire. It was already very difficult to get food, even for the urban population, and a week of fighting has made it much worse. Around half the population has been forced to leave their homes," said Florence Mawanda, director of the Tearfund NGO, an aid-worker organization in Juba.

Both president Salva Kiir and vice president Riek Machar have publicly called for their troops to cease fire, but widespread fighting continues.

The true nature of the conflict is said to reflect the ethnic division of South Sudan: Kiir's supporters are largely Dinka, and Machar's followers mostly Nuer, tribes with a long history of sectarian disagreement, primarily over cattle ranching and water rights.

According to Médecins Sans Frontières (MSF), "Any upsurge in fighting that spreads elsewhere in the country will quickly have grave consequences, especially for the most vulnerable."

Aid workers say the humanitarian situation in Juba is "dire and deteriorating." About half of South Sudan's population of 11 million people are threatened with famine, inflation is at 300%, and the country is effectively bankrupt.

UN Secretary-General Ban Ki-moon urged the Security Council on Monday to impose an arms embargo on South Sudan, sanction leaders and commanders who are blocking the implementation of a peace deal, and fortify the UN peacekeeping mission.