Need for Regional Devolution in UK ‘Urgent’ After Brexit 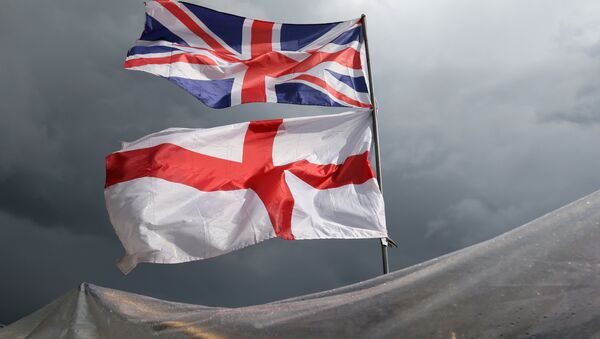 Dirk Hazell, the 4 Freedoms Party (UK EPP) leader, said that following the Brexit referendum, the case for constitutional reform and regional devolution in the United Kingdom is both urgent and overwhelming.

MOSCOW (Sputnik) — The need to devolve powers from the British parliament to Scotland, Wales, Northern Ireland and London, as well as to carry out constitutional reforms, proves to be crucial and overwhelming following Britain’s vote to leave the European Union, the 4 Freedoms Party (UK EPP) leader, Dirk Hazell, told Sputnik on Monday.

Britain Needs Snap Election After Cameron Announces May as Successor
On Saturday, former deputy leader of the Scottish Conservatives Murdo Fraser warned the United Kingdom was "too centralized" and called for a federal solution for the country in the wake of the June 23 referendum, in which the majority of voters in Wales and England voted in favor of Brexit, while Scotland, London and Northern Ireland voted in favor of remaining part of the bloc.

"Following the referendum, the case for constitutional reform and regional devolution is both urgent and overwhelming," Hazell said.

According to the final results of the June referendum, 51.9 percent of voters, or 17.4 million people, decided to support Brexit, while about 16.1 million opposed it.

Hazell stated that a swift resignation of Prime Minister David Cameron can only be beneficial for the United Kingdom and its allies in coming to consensus following the vote to leave the European Union.

Campaigners Call for End to 'Failed Corporate Coup' TTIP After Brexit
Earlier in the day, Cameron said he would resign on July 13 and be succeeded by Home Secretary Theresa May, the only candidate left in the race for leadership contest in the UK Conservative Party.

"David Cameron has taken the UK to its greatest challenge in the modern era: in healing divisions, his prompt removal can only help the UK and our allies," Hazell said.

Cameron announced his resignation anticipated this fall after his campaign to keep the United Kingdom a member of the European Union lost in a June 23 referendum, as 52 percent of people supported Brexit.