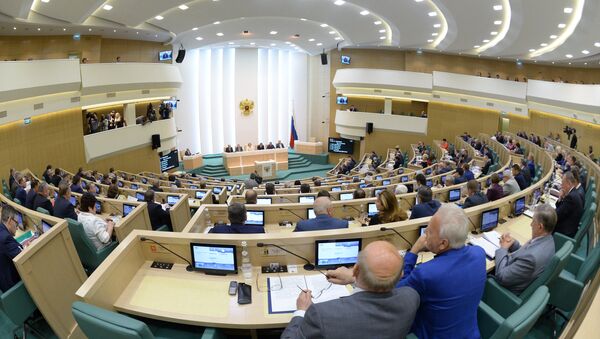 Russia will not extend the New START treaty with the US unless Moscow's concerns are considered.

MOSCOW (Sputnik) — Russia will not extend the New START arms reduction treaty with the United States unless Moscow's concerns regarding the deployment of missile defense in Europe are taken into account, the head of the Russian Federation Council's Defense Committee Viktor Ozerov said Monday.

"While generally supporting the idea of strengthening control over strategic offensive arms, we will very carefully consider these proposals. If there are going to be talks on an extension…without taking into account our concerns regarding the deployment of missile defense in Europe, Russia is unlikely to agree," Ozerov told RIA Novosti.

The treaty with the formal name Measures for the Further Reduction and Limitation of Strategic Offensive Arms was signed between Russia and the United States in April 2010 in Prague, and entered into force on February 5, 2011. The Treaty’s duration is ten years — until 2021, unless superseded by a subsequent agreement.