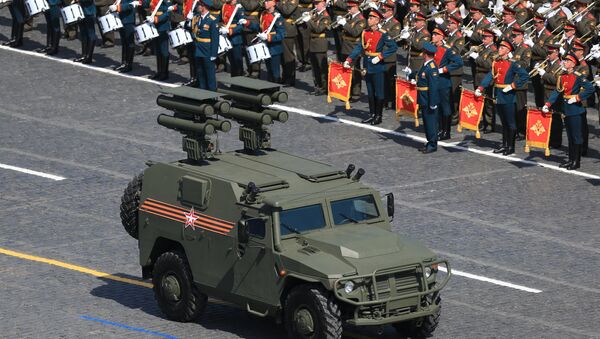 "Lebanon needs weapons to fight these people [terrorists], and especially the Russian rockets, there is one well known, Kornet, because Lebanon got some of the weapons and used them effectively, and is still working with the Russian side to provide these kinds of weapons… Kornet, and the cannons, and the tanks, T-72 tanks, although old — but Russia promised to renovate them and to update the systems in these tanks — and of course the shells for the cannons, ammunition," Nassar said.

US Likely to Send Small Arms, Anti-Tank Weapons to Libya
The ambassador stressed that Lebanon needs weapons to fight terrorist groups, such as the Daesh and the Nusra Front, on the Syrian border. The two jihadist militant organizations, both outlawed in many countries, including Russia, have seized parts of Syria.

The talks on the Russian-made missiles and tanks' delivery are at an advanced stage, Nassar said, noting that the price issue remains to be settled, with Russia agreeing to look into Lebanon's request for a lower price while Beirut looks into ways of paying for the military equipment.

"Lebanon is, of course, expecting to get these within a year," the ambassador said, expressing hope that Russia will also follow up on its previous pledge to supply up to nine helicopters through a grant.