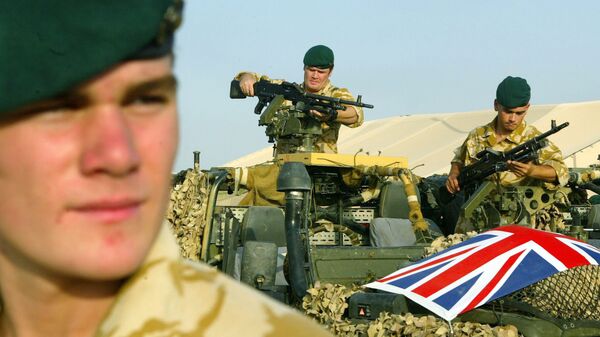 The Chilcot Report that proves there was no real basis for the UK invasion of Iraq in 2003 might change the way in which intelligence services and the Cabinet operate in the country, Deputy Leader of the Green Party Shahrar Ali told Sputnik.

People Seeing Chilcot's Report as Anti-War Judgment in For 'Rude Awakening'
MOSCOW (Sputnik) – The report by Sir John Chilcot on the UK role in the Iraq War, released earlier in July, found that the UK government under the leadership of then-Prime Minister Tony Blair made a mistake by invading Iraq in 2003, as the decision to join the war was taken on the basis of flawed intelligence data and assessments.

"This report can prevent such kind of naked aggression from being taken on foreign states in future. Any leader that thinks he can get away with this kind of conduct, will have to think very hard if he sees the example of Blair case… The way in which intelligence services and the Cabinet have been operating have to change," Ali said.

The report said Blair had been warned that military action in Iraq would increase the Al-Qaeda threat to Britain. It also found that intelligence arguments in favor of invasion due to Iraq's alleged possession of weapons of mass destruction were unjustified and should have been challenged.

"So I do think that we have the prospect here of a cultural change and cultural shift within our governance institutions," Ali said.

After the publication of the Chilcot Report, the Arab Affairs Committee of the Egyptian Parliament called on the UN Security Council on Friday to request the International Criminal Court to hear a trial against Blair and former US President George Bush for war crimes related to the invasion of Iraq. The Egyptian lawmakers urged the international community to assess the economic and political damage done to Iraq over the years following the invasion and to demand compensation from London and Washington.

The United Kingdom was part of a US-led coalition, which also included Australia and Poland, that invaded Iraq in 2003, without a UN mandate, after accusing then Iraqi leader Saddam Hussein of possessing weapons of mass destruction, which were never found.