US THAAD Deployment ‘Worst of All Worlds’ for South Korea 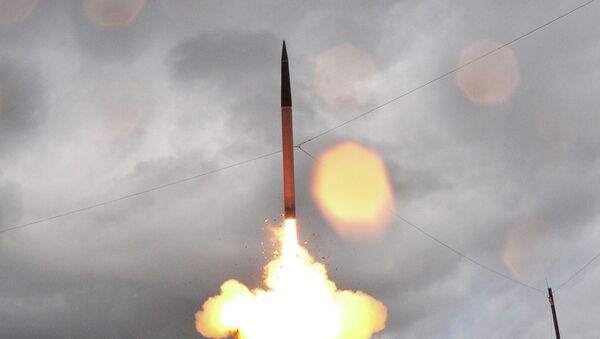 WASHINGTON (Sputnik) — On Friday, South Korea and the United States announced they agreed to deploy the THAAD system with the US military stationed in South Korea to counter North Korea's missile threat.

US Ambassador Tries to Address Beijing’s Concerns Over THAAD Deployment

"The THAAD defense can be expected to provide South Korea with… no useful defense capacity,” Postol, emeritus professor of science, technology and security policy at the Massachusetts Institute of Technology (MIT), stated on Friday.

Instead, the deployment will infuriate the Chinese who were worried about the THAAD system being used against them, Postol predicted.

"This is because the THAAD radar was designed from its beginning to provide cuing information to the US national missile defense."

The placement of a THAAD radar in South Korea would place it where it could provide track information on Chinese intercontinental ballistic missiles (ICBMs) before they rise over the curved earth-horizon and could be seen by US national missile defense main radars in Alaska, Postol stated.

However, while angering the Chinese, the THAAD system would prove incapable of fulfilling its stated purpose of intercepting North Korean missiles aimed at South Korea, Postol warned.

Russia Could Deploy Missiles in East in Response to US THAAD in Korea
The US missile defense system does not have any chance of working because it is completely unable to distinguish between warheads and decoys, he noted.

"The implications for this unnecessarily created situation are rather far ranging. It adds to the view of many nations in the world that the United States cannot be trusted at its word,” Postol said. “It puts South Korea at odds with China over a defense decision that has no merit.”

The THAAD deployment in South Korea would also raise tensions between China and Japan which already has two THAAD radars stationed on its territory, Postol pointed out.

The THAAD system is designed to intercept short, medium, and intermediate ballistic missiles at the terminal incoming stage. The system's potential deployment on the Korean Peninsula has also caused concern in China and North Korea.