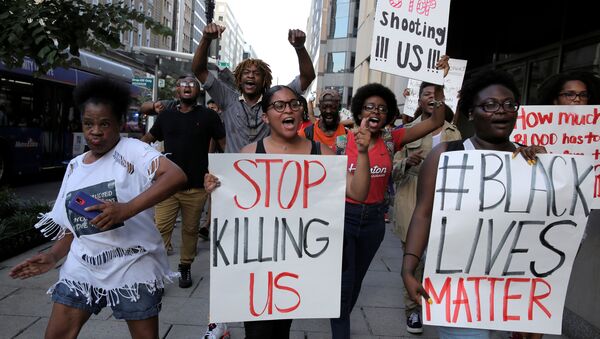 The US police have arrested 74 people taking part in a Black Lives Matter demonstration in the city of Rochester, New York, local media reported Saturday.

"At this point… there were 74 arrests for disorderly conduct. There were also two charges for resisting arrest," Rochester police chief Michael Ciminelli said at a briefing, as quoted by the NBC News channel.

The arrests took place near the end of the demonstration, which took place Friday night and involved protesters surrounding police and throwing rocks.

The protest came amid public outrage against Tuesday's shooting of African-American man Alton Sterling by two policemen in Baton Rouge, Louisiana. Another African-American, Philando Castile, was fatally shot by a police officer during a traffic stop in Minnesota on Wednesday evening. A number of protests against police shootings of black citizens have been held across the country since then.