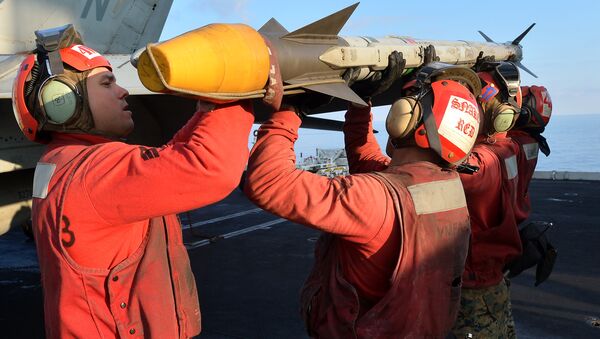 NATO 'Refining' Baltic, Black Sea Presence, Seeks Bigger Mediterranean Role
WARSAW (Sputnik) — The Operation Sophia was launched in June 2015 in response to the migration crisis in Europe as hundreds of thousands of refugees fled from the Middle East and Northern Africa to EU member states.

"We will launch a new maritime security operation in the Mediterranean sea, Operation 'Sea Guardian'. It will have a broad scope, including situation awareness, counter terrorism and capacity building. We intend to work closely with the European Union's Operation Sophia in the central Mediterranean," Stoltenberg told reporters at the NATO summit in Warsaw.

The United States and NATO have been building up their combined military presence in Europe. In early February, US Secretary of Defense Ashton Carter said Washington would quadruple its funding to support the US posture in Europe, to reach $3.4 billion in 2017.