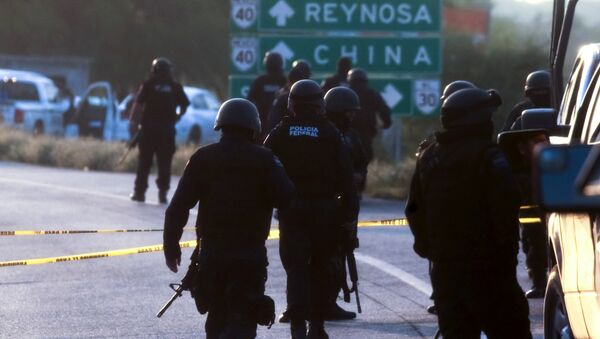 Fourteen people were killed amid a war between criminal gangs in the Mexican city of Ciudad Victoria in Tamaulipas state, local authorities said.

US Problem is Not Gun Violence, But White Supremacy

The majority of those killed were women, including five underage girls. Eleven victims were reportedly members of the same family.

Immediately after the attack, local security forces launched an operation to find the suspects, but to no effect so far, Palacios said.

Tamaulipas, located on the border with the United States, is a major transit point for drug and people smugglers. The state has long been engulfed in conflict between two major gangs – the Gulf Cartel and the Zetas.