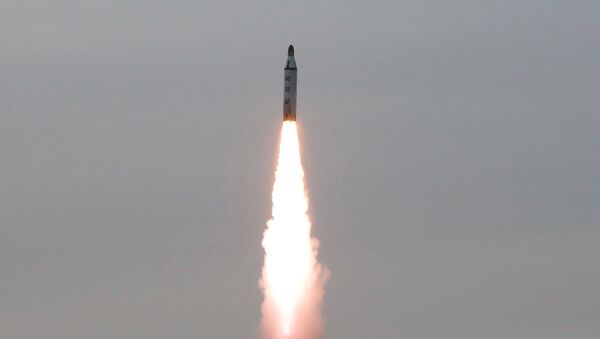 TOKYO (Sputnik) – The launch is said to have been carried out at around 02:30 GMT, Yonhap News Agency reported.

Tensions over North Korea's nuclear and ballistic missile programs escalated after Pyongyang said on January 6 that it had successfully carried out a hydrogen bomb test and put a satellite into orbit on February 7. The moves violated UN Security Council resolutions, prompting the United Nations to impose new sanctions on the North.

On June 22, North Korea claimed it had successfully tested a missile that traveled about 250 miles before dropping into the Sea of Japan. US and South Korean officials said two missiles were fired and that one missile failed.