Why Bulgaria Ruined NATO's Black Sea Plans (No, Kremlin's Not to Blame) 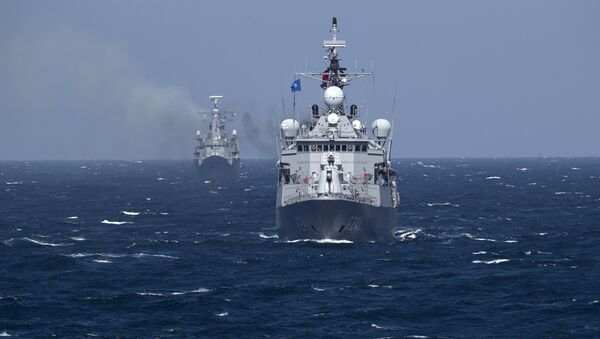 © AP Photo / Vadim Ghirda
Subscribe
Some find it hard to believe that the Kremlin was not involved in Bulgaria's decision not to take part in NATO's initiative aimed at creating a permanent naval task force to counter Russia in the Black Sea, yet this is exactly what happened, analyst Maxim Samorukov asserted.

"Surely, it is easier to explain Bulgaria's unpredictability by invoking Russian energy blackmailing, implicit pressure, a bribe or other scary KGB tricks," the deputy editor of Carnegie.ru noted.

This explanation is "psychologically convenient," he said, but in this case it is an incorrect one. "Without any Russian pressure involved, many countries on NATO's eastern flank are unreliable; they do not trust each other and have grudges against the West."

The bloc's Black Sea naval force was meant to be one of the key measures aimed at containing Russia. These include the already tested and mission ready "Spearhead Force," as well as four battle groups that are expected to be deployed in Estonia, Latvia, Lithuania and Poland in 2017. 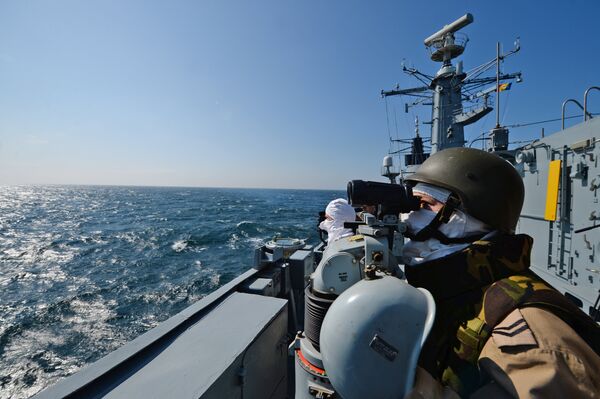 Why Competition Between NATO, Russia in Black Sea is Likely to Ramp Up
The 1936 Montreux Convention Regarding the Regime of the Straits prevents any non-Black Sea nation from permanently stationing its naval forces in the Black Sea, limiting their presence to not more than 21 days. For this reason, only three NATO members, Bulgaria, Romania and Turkey, could have taken part in creating the bloc's permanent fleet in the region.

NATO's leadership welcomed the initiative, spearheaded by Romania. Representatives from the three countries are said to have discussed the issue for months and the talks appeared to be fruitful until Bulgaria dropped out of the project.

"I do not need a war in the Black Sea," Bulgaria's Prime Minister Boyko Borisov said on June 16. "To send warships as a fleet against the Russian ships exceeds the limit of what I can allow," he added. 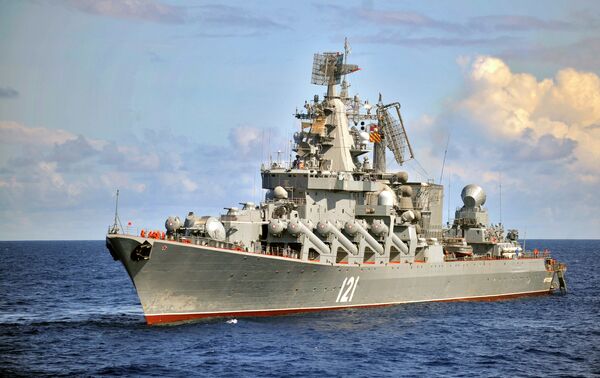 Bulgaria's Prime Minister Boyko Borisov is the furthest one can get from being the Kremlin's puppet. In fact, he is one of the most anti-Russian politicians in the country's political elite. Borisov's track record definitely proves this. While in power, he has managed to "bury all major bilateral projects" with Russia, the analyst said.

"If the Kremlin can easily force Borisov to make all the right choices, then why did not Moscow do anything when [the Bulgarian prime minister] pulled the plug on the Burgas–Alexandroupoli pipeline project? Or the Belene Nuclear Power Plant and the South Stream projects?" Samorukov asked.
The real reason why NATO's Black Sea initiative came to an end has nothing to do with Moscow.

"There was no irresistible pressure from the Kremlin. The plan to create a permanent fleet fell through due to internal reasons, which are typical not only for Bulgaria, but many other NATO members in Eastern Europe," the analyst noted.

In the Face of Russian Warnings, US Says It Will Remain in Black Sea
Samorukov mentioned two major reasons why Bulgaria decided to bypass the project. On the one hand, Sofia is wary of Turkey's foreign policy, on the other, Bulgaria's leadership has received virtually no assistance from the West for dropping lucrative bilateral initiatives with Russia.

On the same day as Borisov announced that Bulgaria was not interested in creating NATO's naval task force in the Black Sea, the International Court of Arbitration at the International Chamber of Commerce in Geneva ruled that Bulgaria must pay $700 million in compensation for cancelling the Belene NPP project. Yielding to Western pressure turned out to be a very costly affair for Sofia.